Segovia is not the first destination you would think of when planning a trip to Spain.

Nevertheless, the city is charmingly small (with about 50,000 citizens) and has deep historical roots, for which reason it offers curious experiences for a several-day visit.

Located about 90 km from the capital of Madrid, it was founded by the Romans in the 1st century AD, which makes it one of the first Roman cities on the Iberian Peninsula. After two centuries of Moorish presence, the city was taken by Alfonso VI of Leon and Castile at the end of the 11th century and was turned into a royal residence.

Today Segovia is the capital of the autonomous region of Castile and Leon.

Guarded by walls built in the 8th century, Old Segovia stands on a long and narrow hill. It has been included in the UNESCO World Heritage List for quite some time.

I was lucky enough to visit the city in May, when the weather in Bulgaria is traditionally rainy (to celebrate high school graduation). I expected that temperatures there would be considerably higher, but it turned out I was wrong - on both temperature and rain counts. On the other hand, this was pure luck, because it was cool and therefore exceedingly pleasant for walks and sightseeing. Not to mention the dense colours and dramatic clouds on the horizon J

As a small Spanish city in harmony with Spain in general, few people in Segovia speak English. This can be somewhat problematic for travelers such as us, for it requires imagination and active use of body language to receive practical information in the streets, the hotels and the catering establishments. The labels in the hotel rooms are mainly in Spanish, followed by Italian, German and French and, finally (if any) by English. This clearly indicates the nationality of most of the groups of tourists. These statistics, of course, do not include the Chinese, whose numbers abound even at the back of the beyond.

The easiest way to reach Segovia is through Madrid and there are many direct flights to the Spanish capital from all over Europe. From Sofia, the possible options are BulgariaAir, Ryan Air, or a combination of both, as in my case. Madrid Airport is called Adolfo Suárez Madrid-Barajas.

You have two options when you arrive at the airport:

Once you reach Chamartin Station, there is a constant stream of TGV trains to Segovia arriving there for about half an hour. You can buy tickets at http://www.renfe.com/

Tickets should preferably be bought in advance because free seats are not always available. If you have to, you can change the hour of departure at the information desk. The website is available in different languages. Depending on the type of train the price of the ticket varies about 20-50 euro.

The train station in Segovia is called Segovia-Guiomar.

I personally have stayed at EUROSTARS PLAZA ACUEDUCTO and can recommend it with all my heart. As the name of the hotel shows, it is located precisely next to the city’s landmark, the Aqueduct. The square of the same name is a good starting point for walks around the old city. 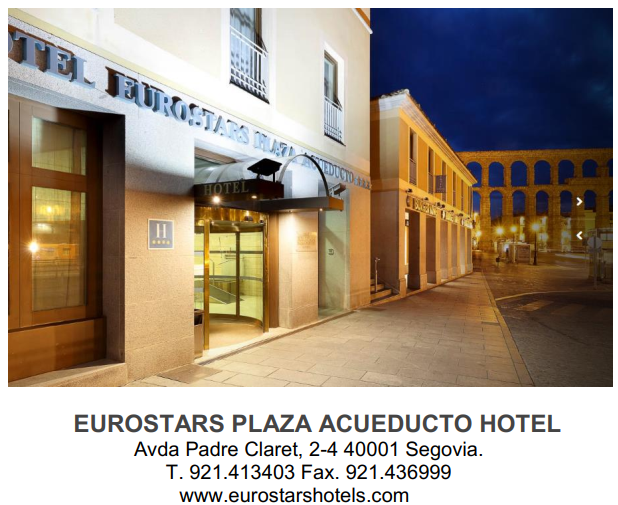 One night in a single room (with breakfast and wi-fi) costs 68 euro. A double room costs 87 euro, VAT included.

How to get to the hotel?

You have two options once you get off the train:

There is another bus, line 12, with the last stop at the bus station that is about a five-minute walk away from the hotel. 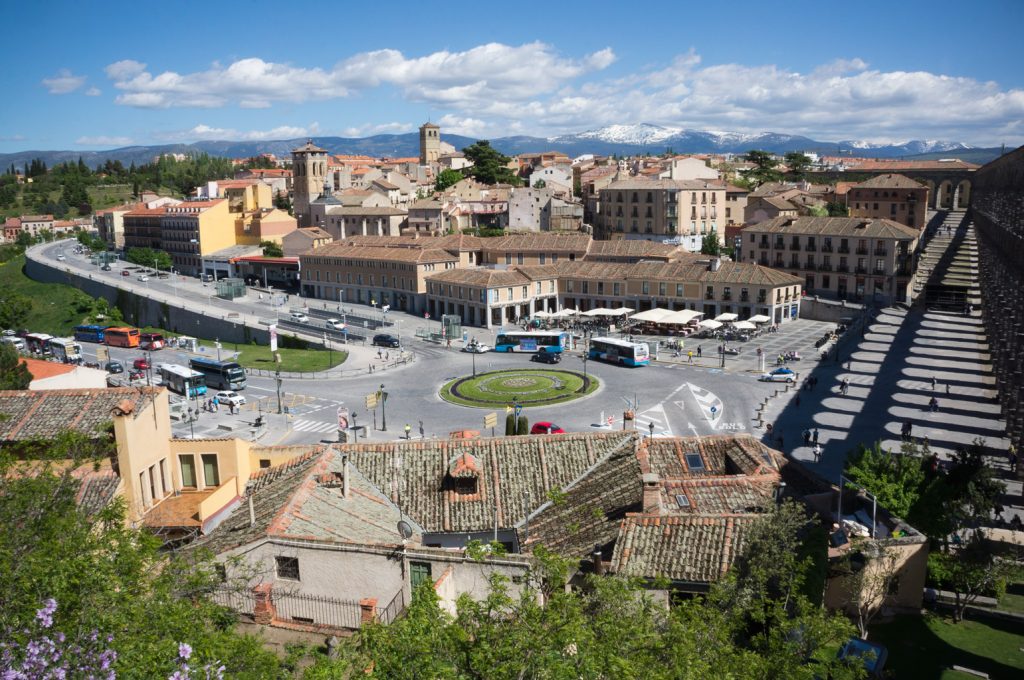 Spanish national red and white wines, sangria and tapas are probably no secret to anyone. The places where they are offered are numerous, right on the pavement or in the numerous tiny or not so tiny squares.

We were surprised with the time-range for offering cooked food. It turned out that the majority of catering establishments (mesón, literally inn or tavern) are open only in the day, serve the tables outside where tourists and locals enjoy the warmth of the sun and close after 19.00 pm.

There is another category of restaurants offering dinner inside and in a slightly more luxurious setting. We were surprised that to be given a table for dinner we had to wait until 19.00 pm, or in some cases at 20.30 pm. For people who have had the opportunity to follow the local custom of a siesta after lunch this could be normal, but for us, this was too much, particularly after the trip and the all-day perambulation over ancient stones.

Anyway, the clock ticked to 19.00 pm while we were trying to find an open restaurant and we found ourselves before yet another one. We did not need much more time to decide to go in and try the food. We were lucky. Both the setting and the service proved this was the best place to eat we had seen so far. 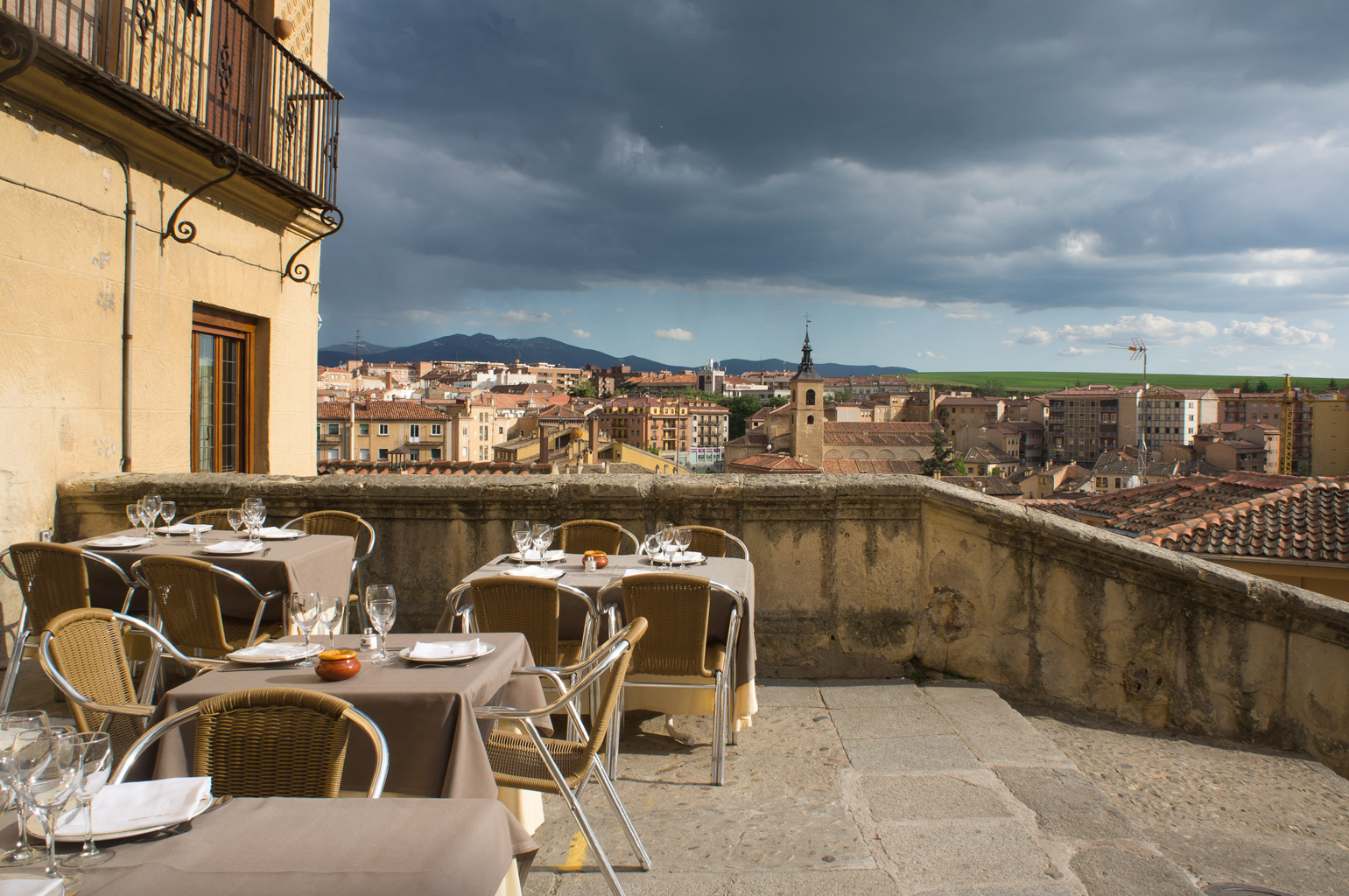 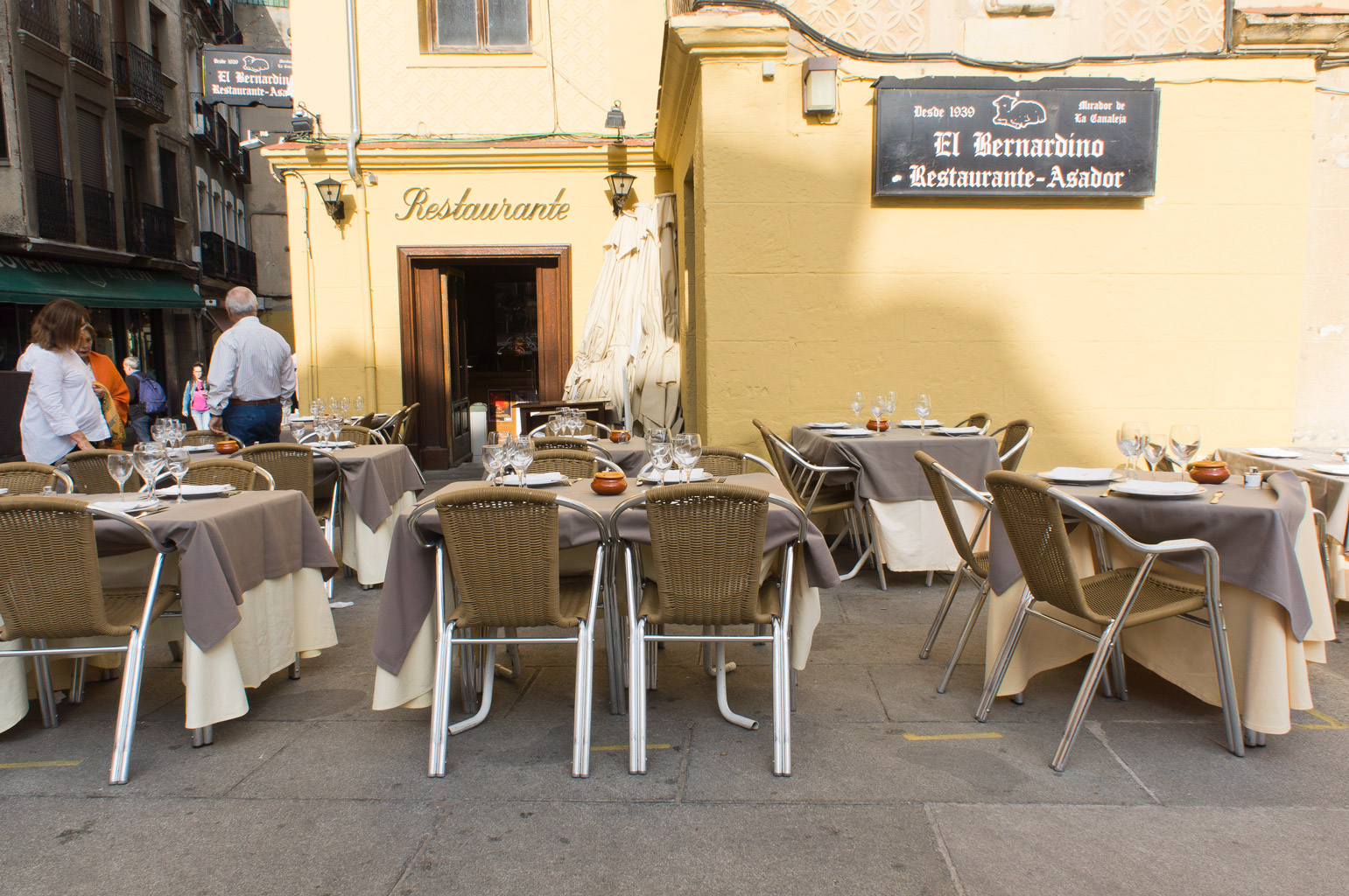 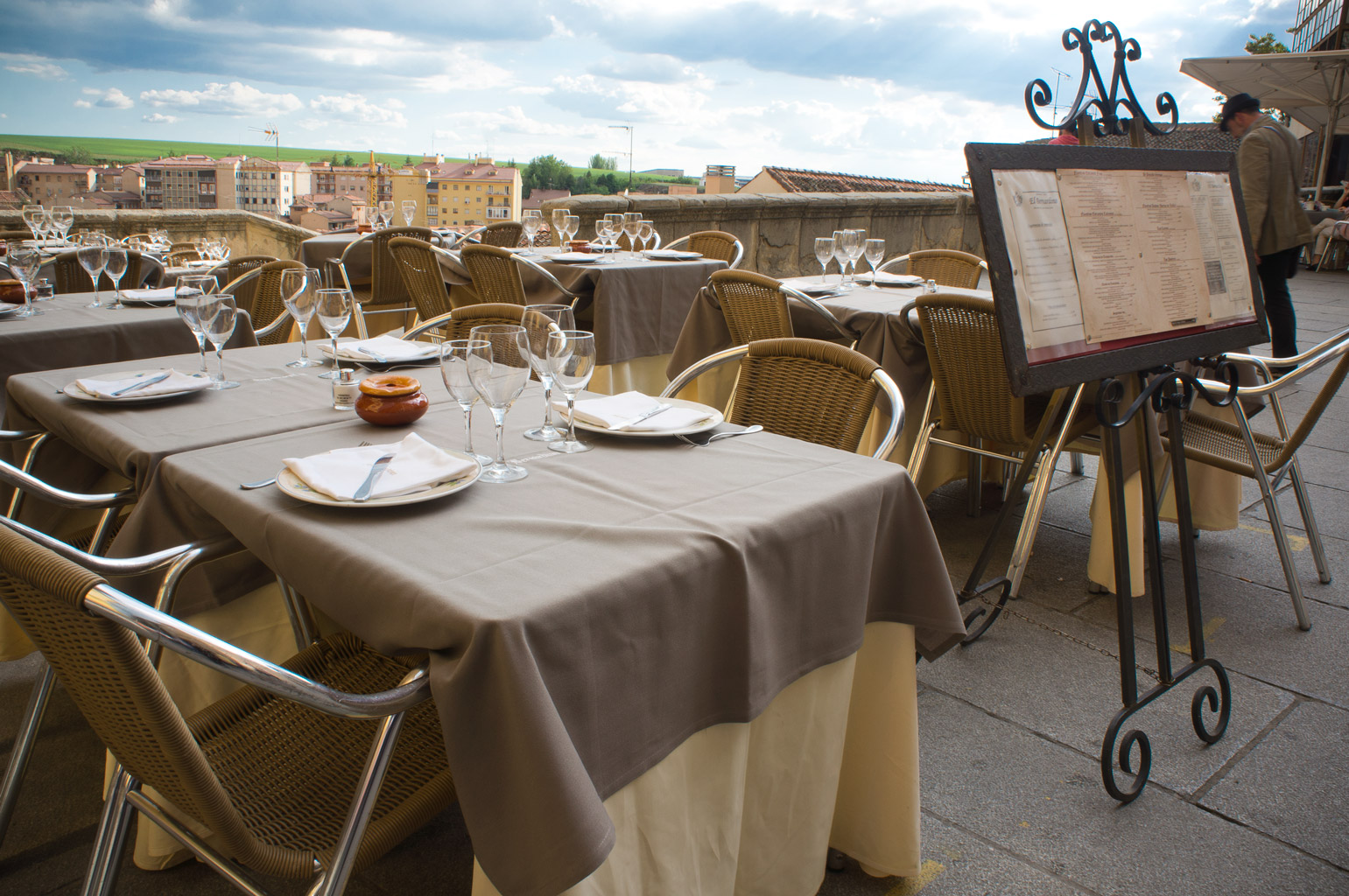 Spanish cuisine, including the one offered in Segovia, is known for some traditional dishes. These inevitably include:

Nor can we forget the fabada Asturiana or the stuffed peppers. As you can see, Spanish cuisine is particularly rustic and nourishing (to put it mildly).

It seems the Segovian roast suckling pig also has a special place in the hearts of local Spaniards. A little statue of the said, reclining on a platter ready to be served, features above the door of nearly every restaurant and clearly shows the predilections of the particular chef. It is roasted in a special oven for two or three hours and is served with the fine crispy skin preserving all the aromas of the tender meat. 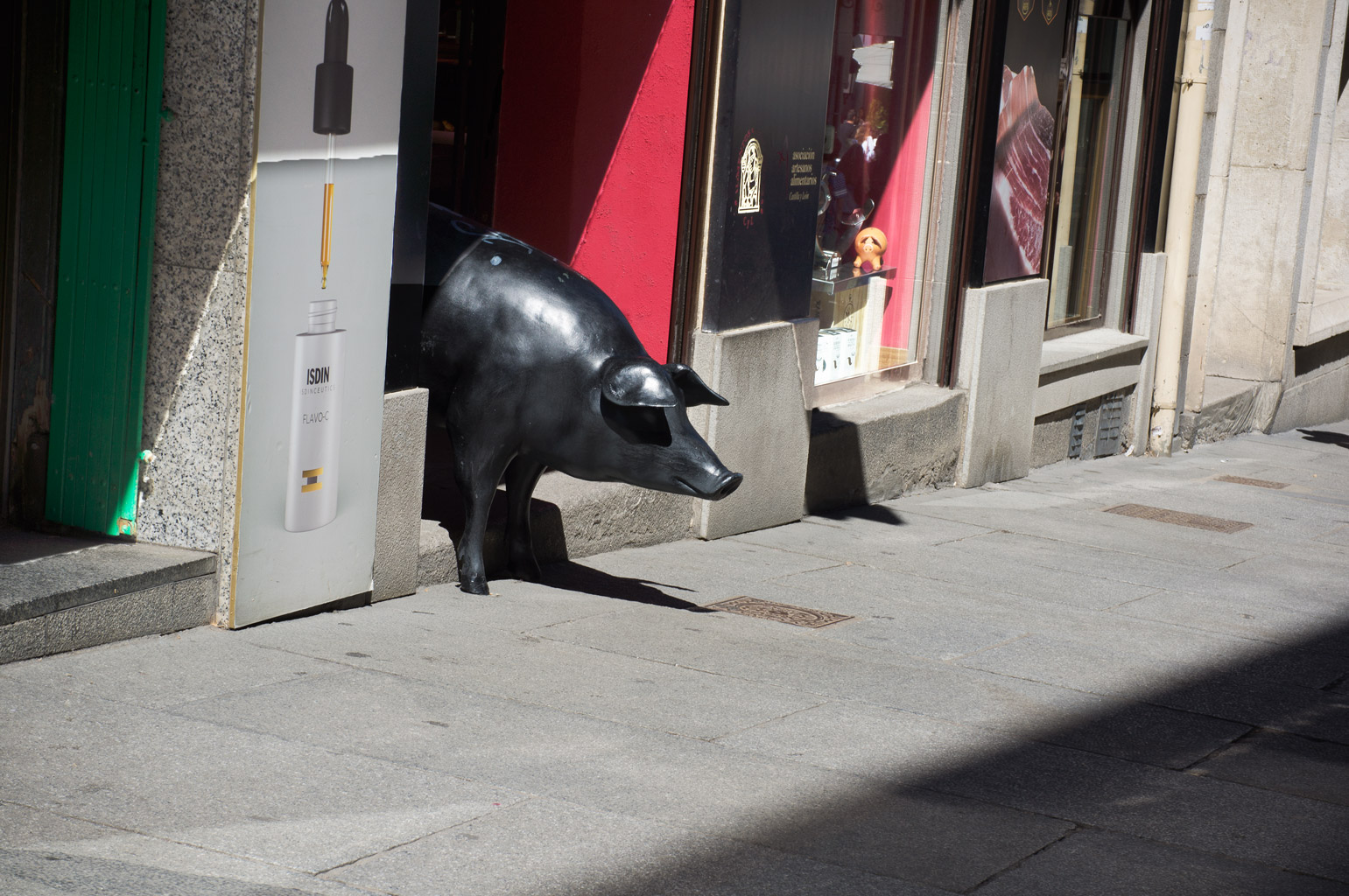 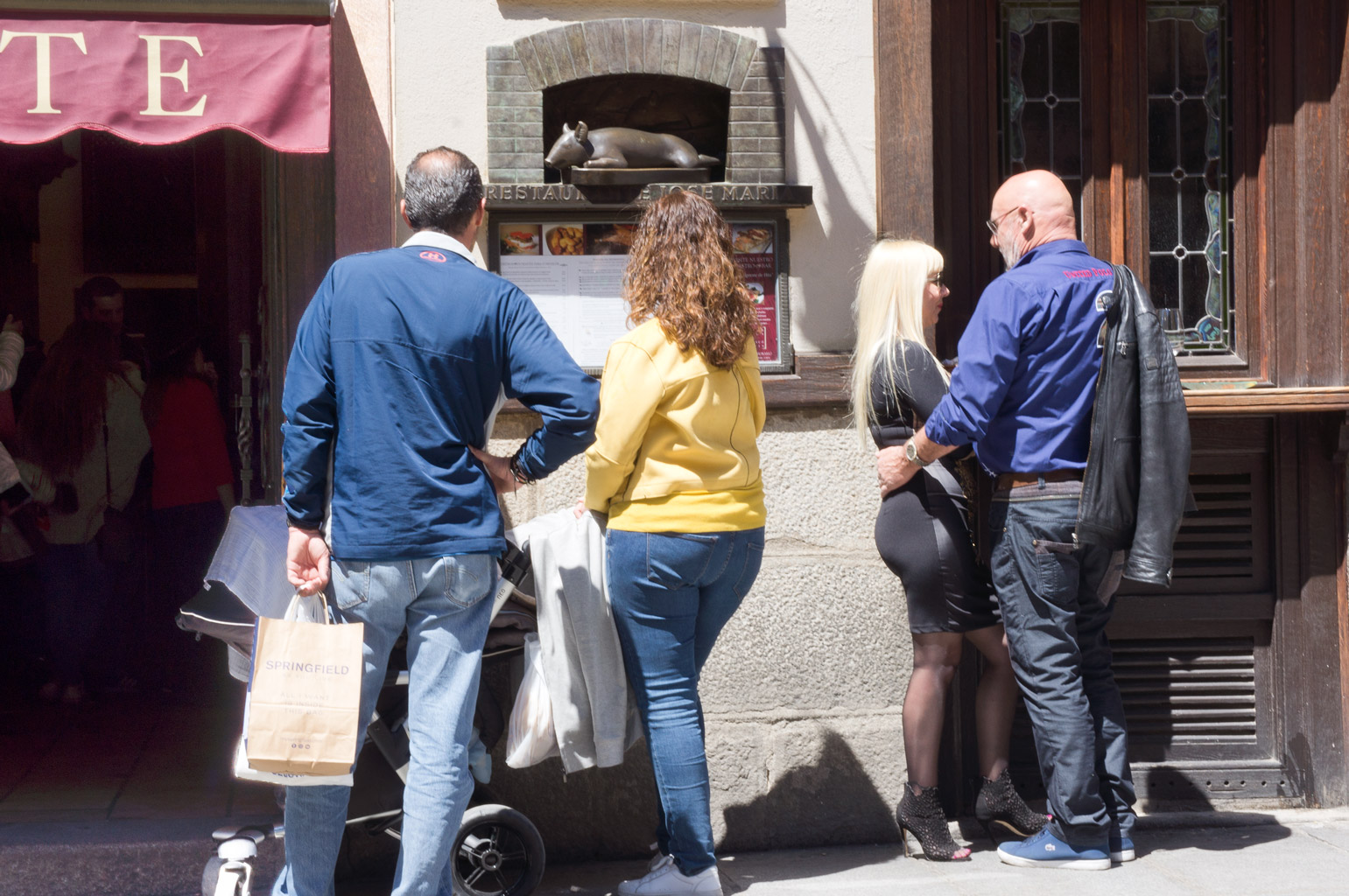 In the restaurant, we chose for dinner the roast suckling pig came in combination with a solemn ceremony. A member of the local order consecrated the sacrificed suckling pigs – and that extremely seriously – which we thought a bit comic. With sharp but well-trained movements and the help of a large platter and official person cut the pigs into pieces and then broke the platter in the floor. Quite dramatic. 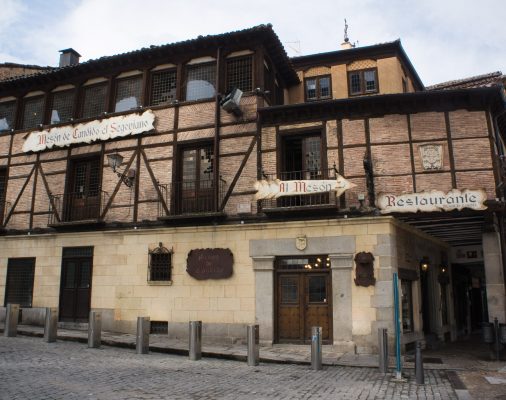 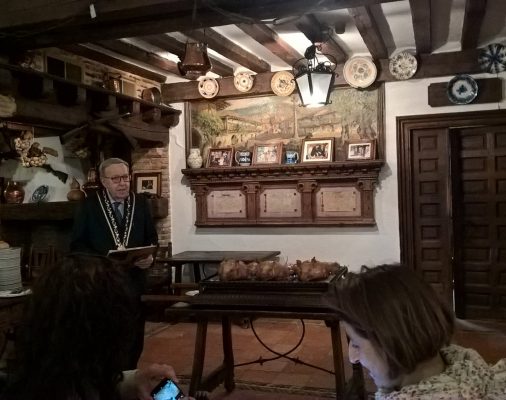 In the few days, we were there, we had the chance to try the characters mentioned above. Quite honestly, although I am not one known as a lover of meat, everything was extremely tasty and served with particular attention to detail. The food you order is accompanied by additions of fresh bread and bruschetta for starters, coffee and liquor after dessert. This really makes Spain an unforgettably pleasant experience.

Landmarks you should not miss 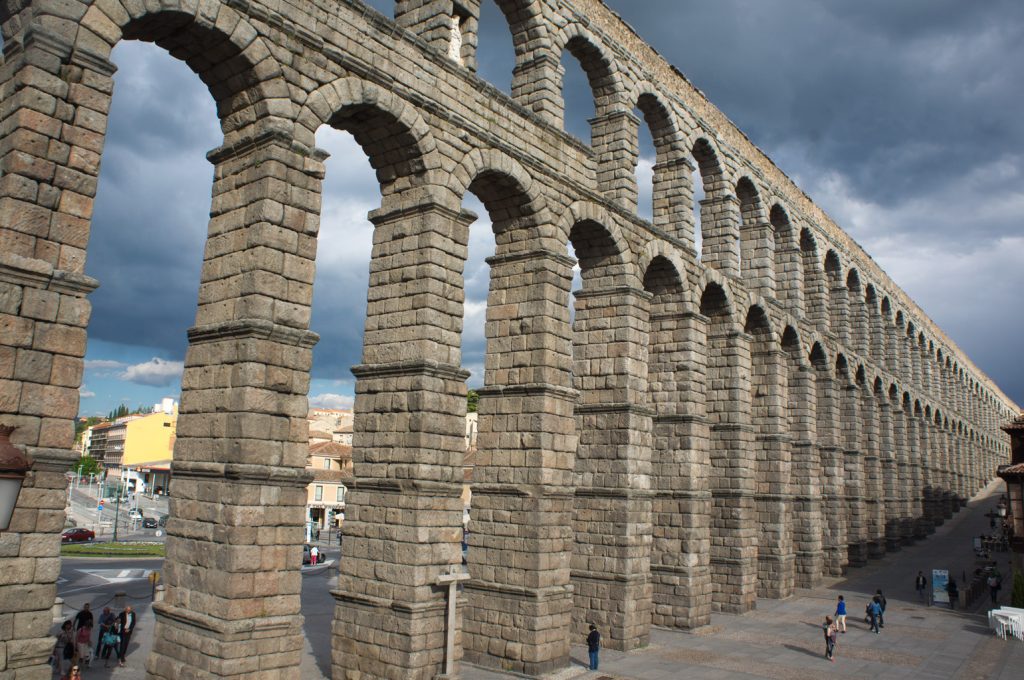 Segovia’s aqueduct is one of the incredible creations the Romans have left behind. There is even a legend that the city’s symbol was built by the Devil.

There is no precise information, but they say the aqueduct was built in the 1st century AD. It has remained nearly just as it was over the centuries. A masterpiece of Roman engineering, it is made of enormous unmortared granite blocks (the hueso method) from the Guadarrama Mountains. These maintain a balance which is pure genius. The aqueduct was declared a national monument (Monumento Nacional) in 1884 and included in the World Heritage List in 1985.

The aqueduct stretches short of 15 km from Sierra de Guadarrama to Segovia. It consists of 166 arches and stands at 28.10 m at its highest. 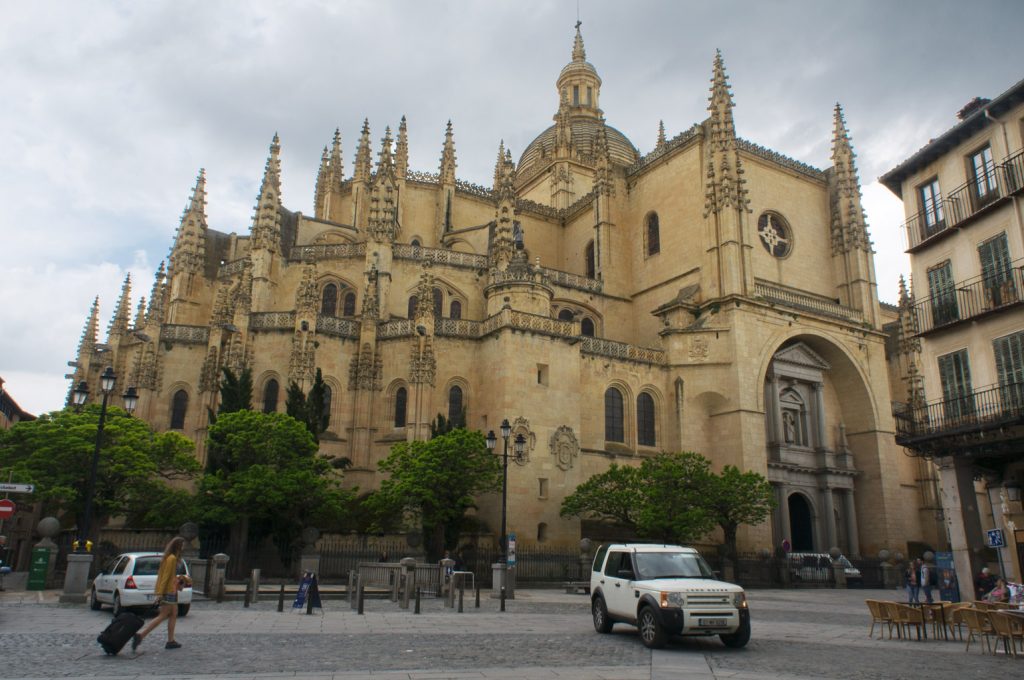 The late Gothic-style cathedral was built in 1522–1577 with the voluntary labour of the local residents. 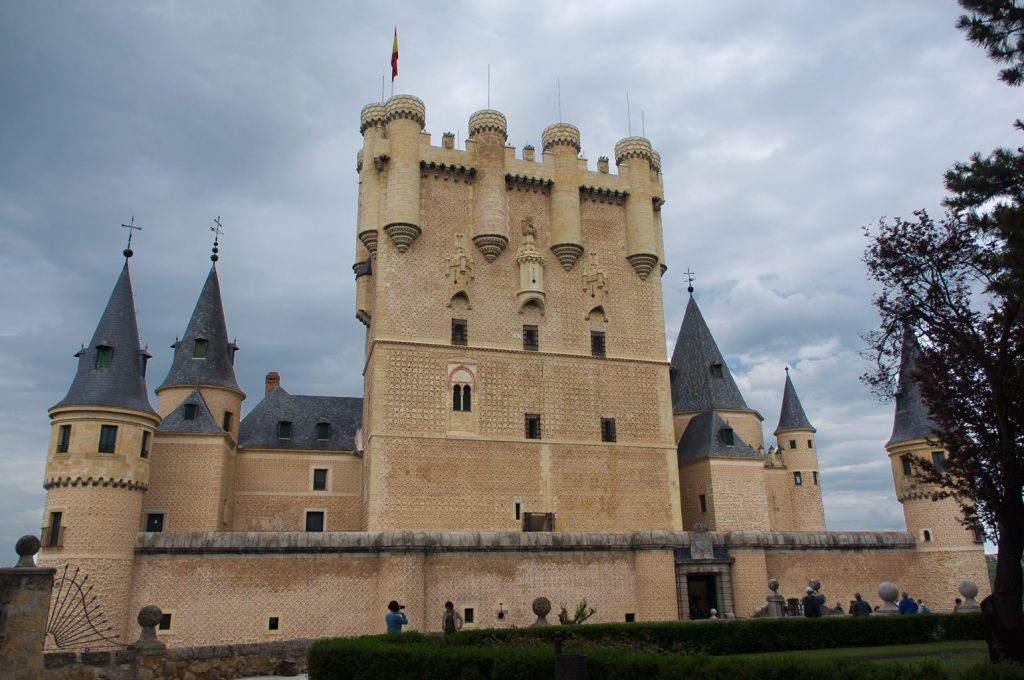 The silhouette of the castle resembles the bow of a ship, raised at the confluence of two rivers (Rio Eresma and Arroyo Clamores). It overlooks a beautiful park with a monument to the heroes of the Spanish War of Independence.

The castle was built on the remains of a Roman fort. It is surrounded by a deep moat and can be entered only by a drawbridge. 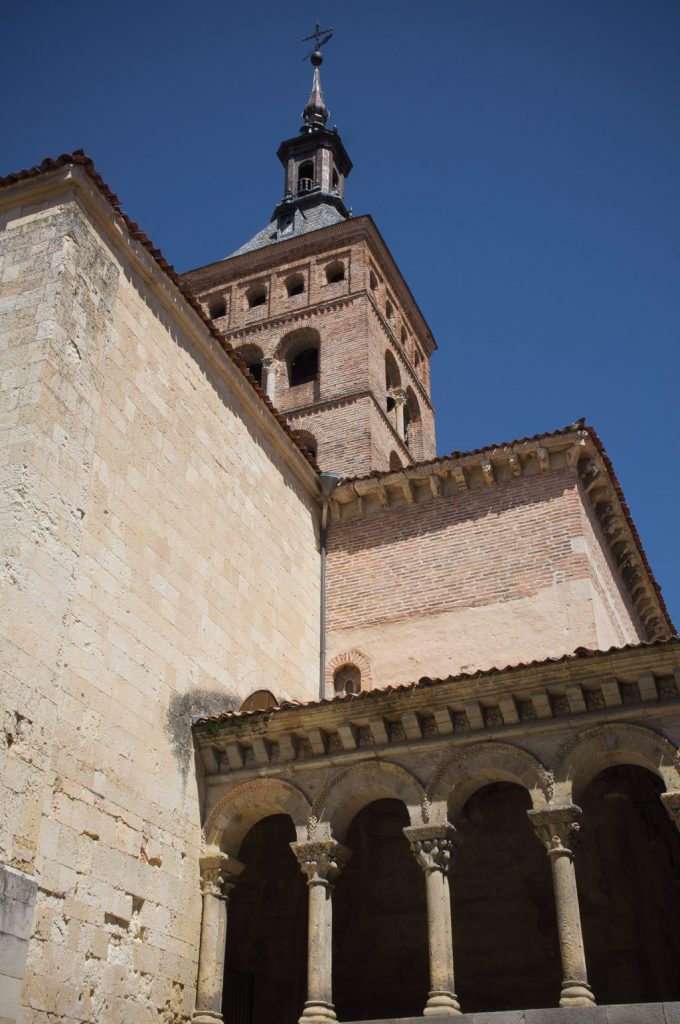 You can find more information at http://www.turismodesegovia.com/

I believe in equality for everyone, except reporters and photographers.