The production of saffron crocus (Crocus sativus) is the third business with flowers which drew my attention after the Rosa damascene (used to produce rose oil) and lavender. It is interesting how a tender flower can become the subject of large-scale business to a degree that has brought this country to the top world rankings of production and exports and, probably has consequently attracted the interest of even groups of local thugs. 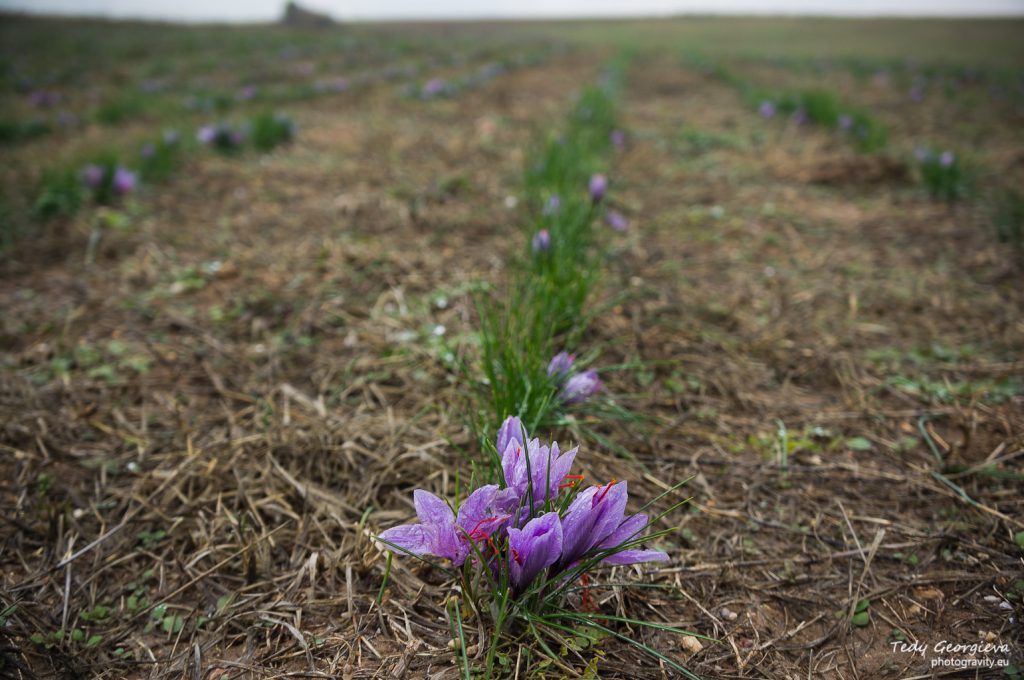 Saffron crocus is a special kind of crocus. Unlike the spring crocus (Crocus flavus or Crocus aureus) – one of the harbingers of spring and nature shrugging off the cold clutches of winter – and the autumn crocus, also called naked ladies (Colchicum autumnale) and part of the autumn  colours, saffron crocus, as its name indicates, is grown for the three stigmas in the bloom from which saffron (safranum) is derived after they are dried. This is used in cooking mainly as a seasoning and colouring agent. Saffron is also known as ‘red gold’ and is the most costly spice in the world. This is not by chance, because it is picked only by hand and about 200 blooms produce 1 gramme of the spice. 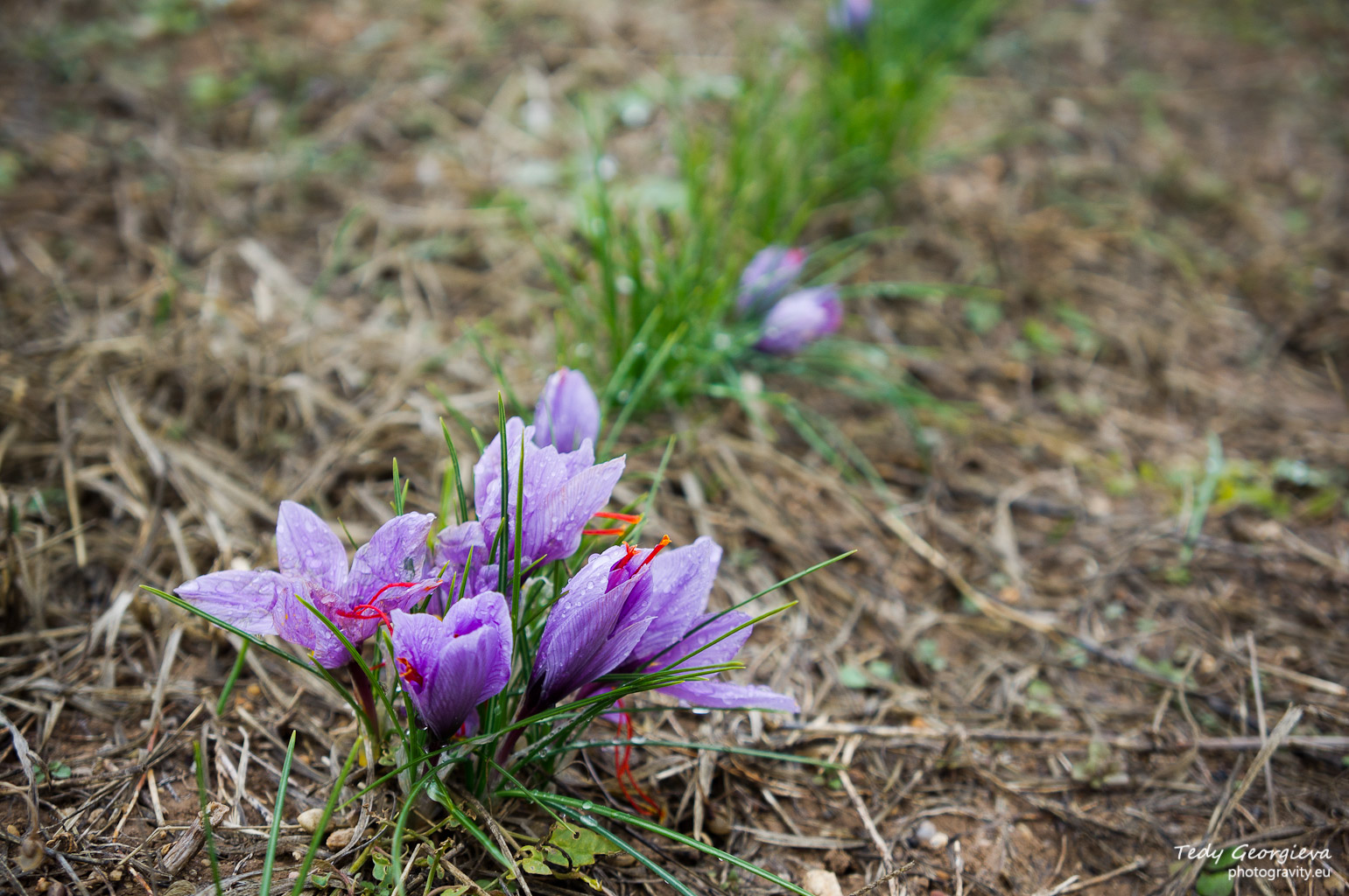 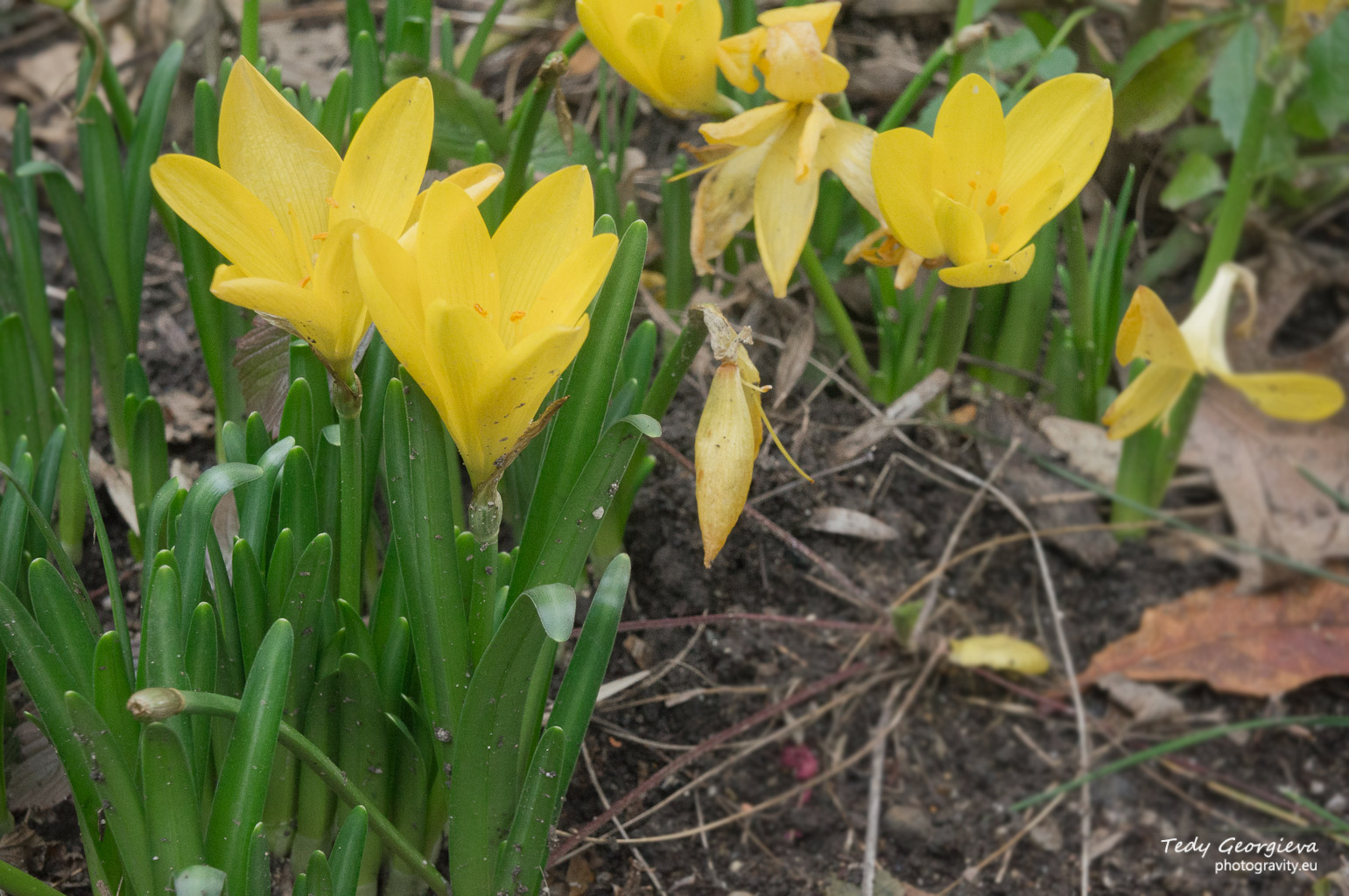 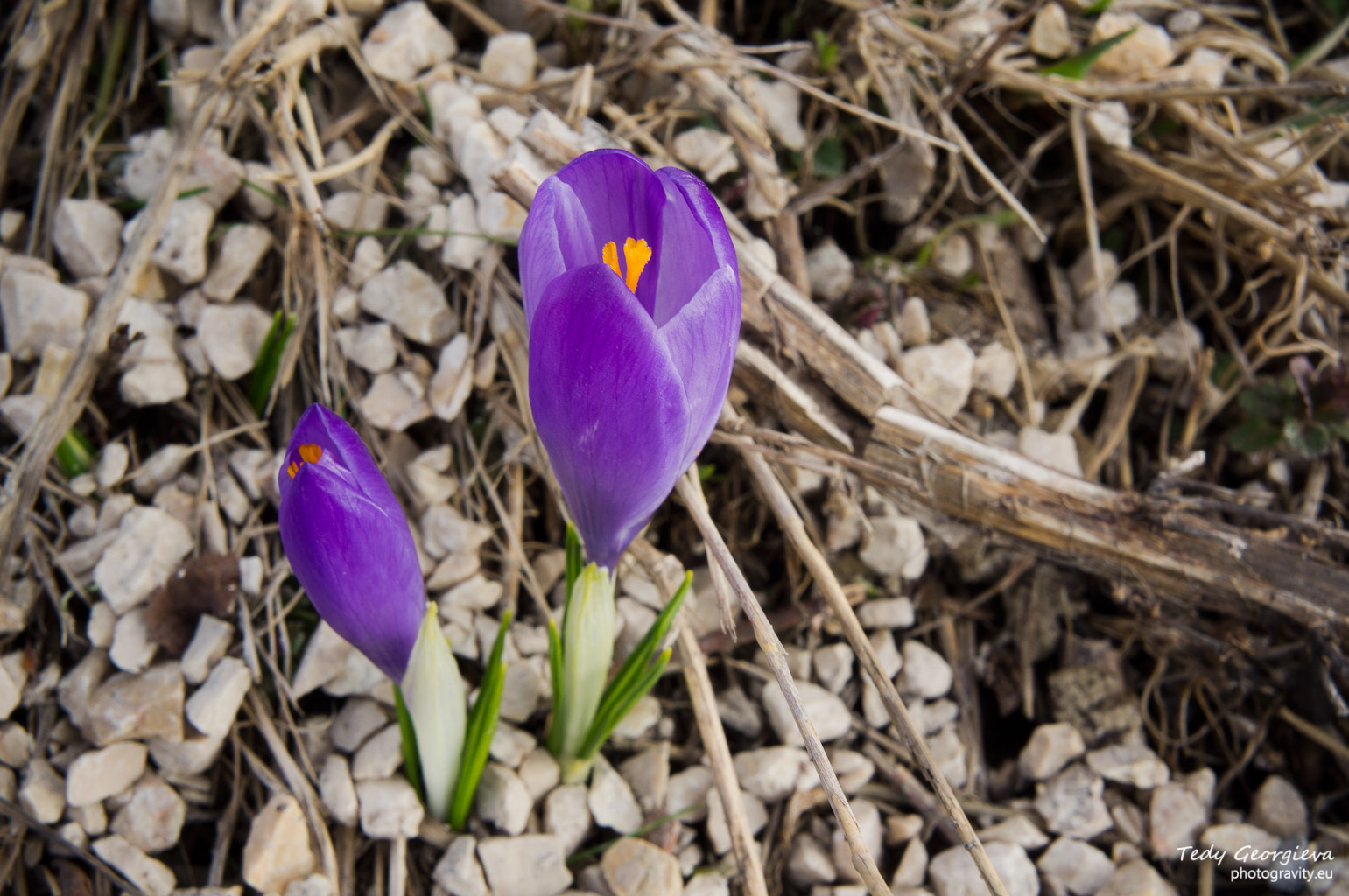 The saffron crocus originated in Southwest Asia. It was first cultivated in Greece. Today, saffron production is concentrated along the Spain – India line, including Morocco, Egypt, Italy, Greece, Iran, and Azerbaijan.

Saffron crocus became a “modern” crop in Bulgaria after the attempts to rechannel tobacco production and the relevant subsidies. It is mainly concentrated in the Rhodopes, into alternative farming. It turned out that Bulgaria is a favourable location for the cultivation of crocus (both literally and not). Step by step, first driven by curiosity and then because they enjoyed the results, enthusiasts, many of whom with “imported” capital (from relatives living abroad or own money saved from working abroad), bought land and enlarged their holdings, planted crocus bulbs and gathered the fruit of success. 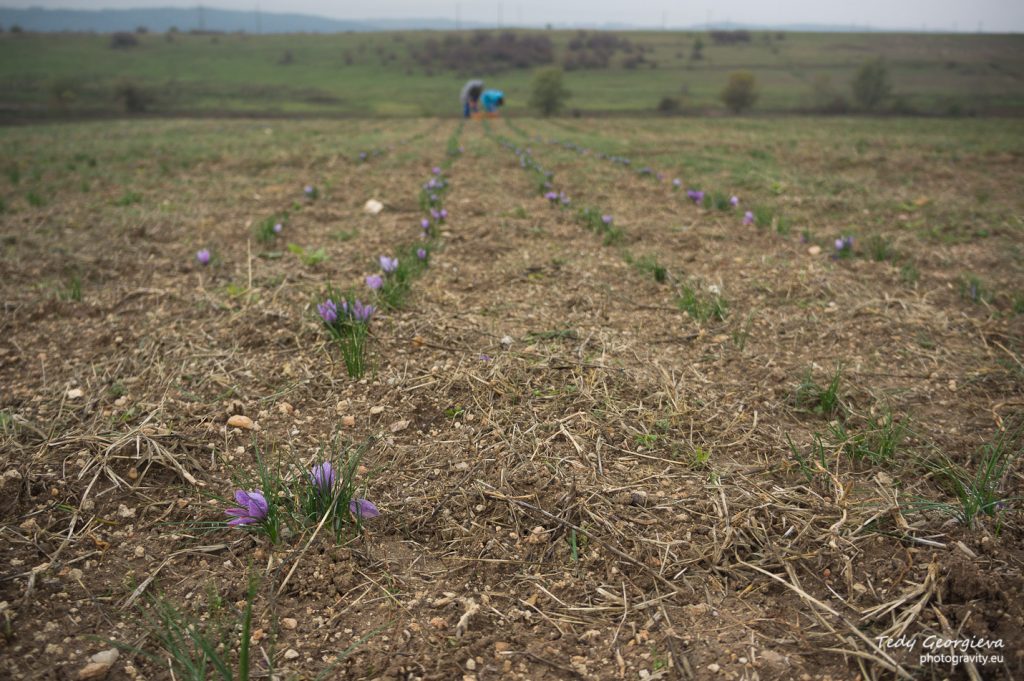 Production in Bulgaria is concentrated in the Rhodopes, Dobroudzha and the Valley of Roses. The growing number of producers is not considered a threat by those who have been on the market for four or five years. On the contrary, many of them readily share their experience and technological know-how of saffron crocus cultivation. The world market is large and hungry so that there is a place for everyone under the sun at this point. As in every other business, there is a problem with chance “businessmen” who only want a quick profit. With their chaotic actions on the border of good practice standards in this branch, they undercut prices and offer a low quality product, which is detrimental to both serious producers and the country’s image as an exporter of saffron. 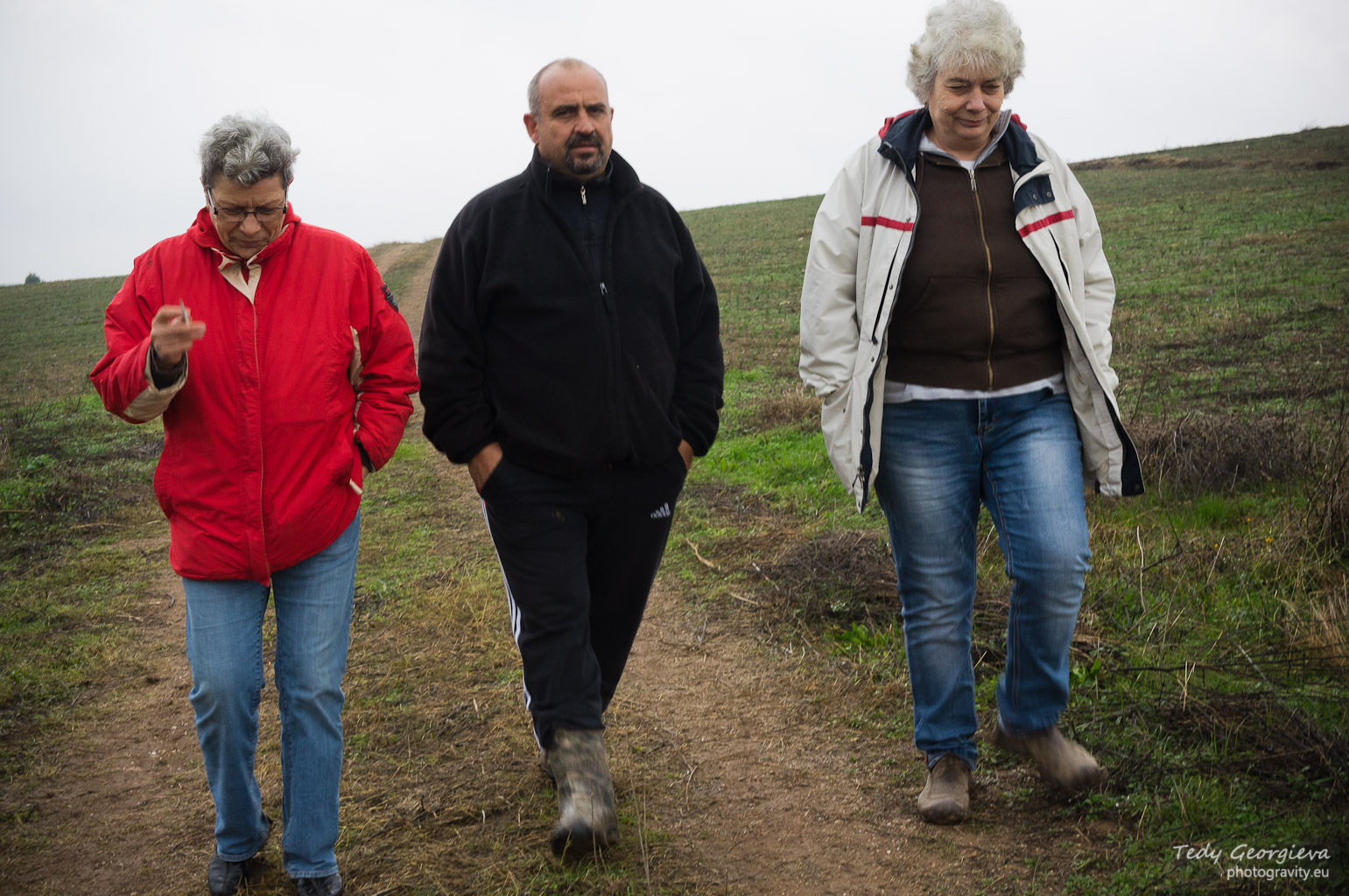 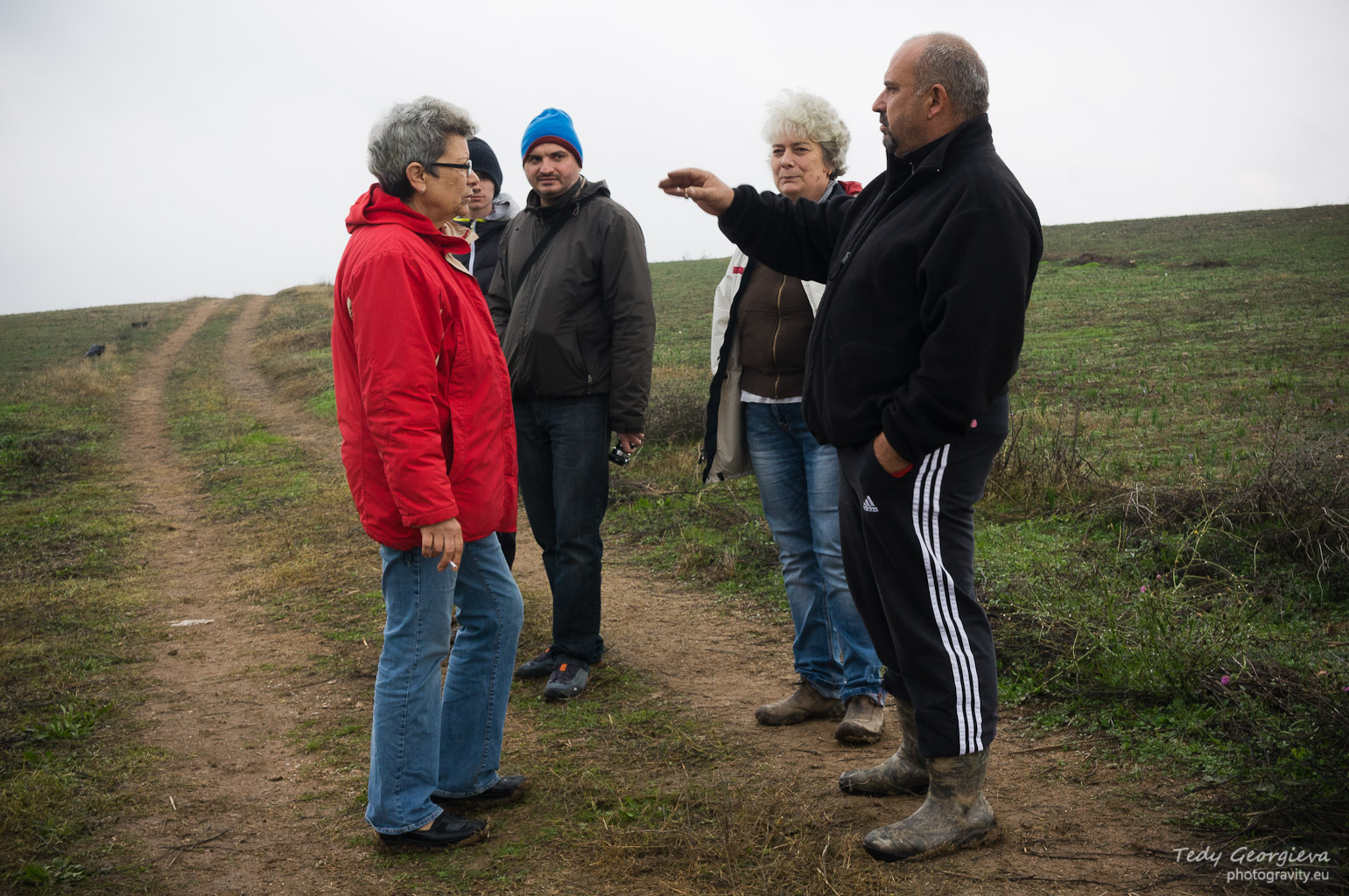 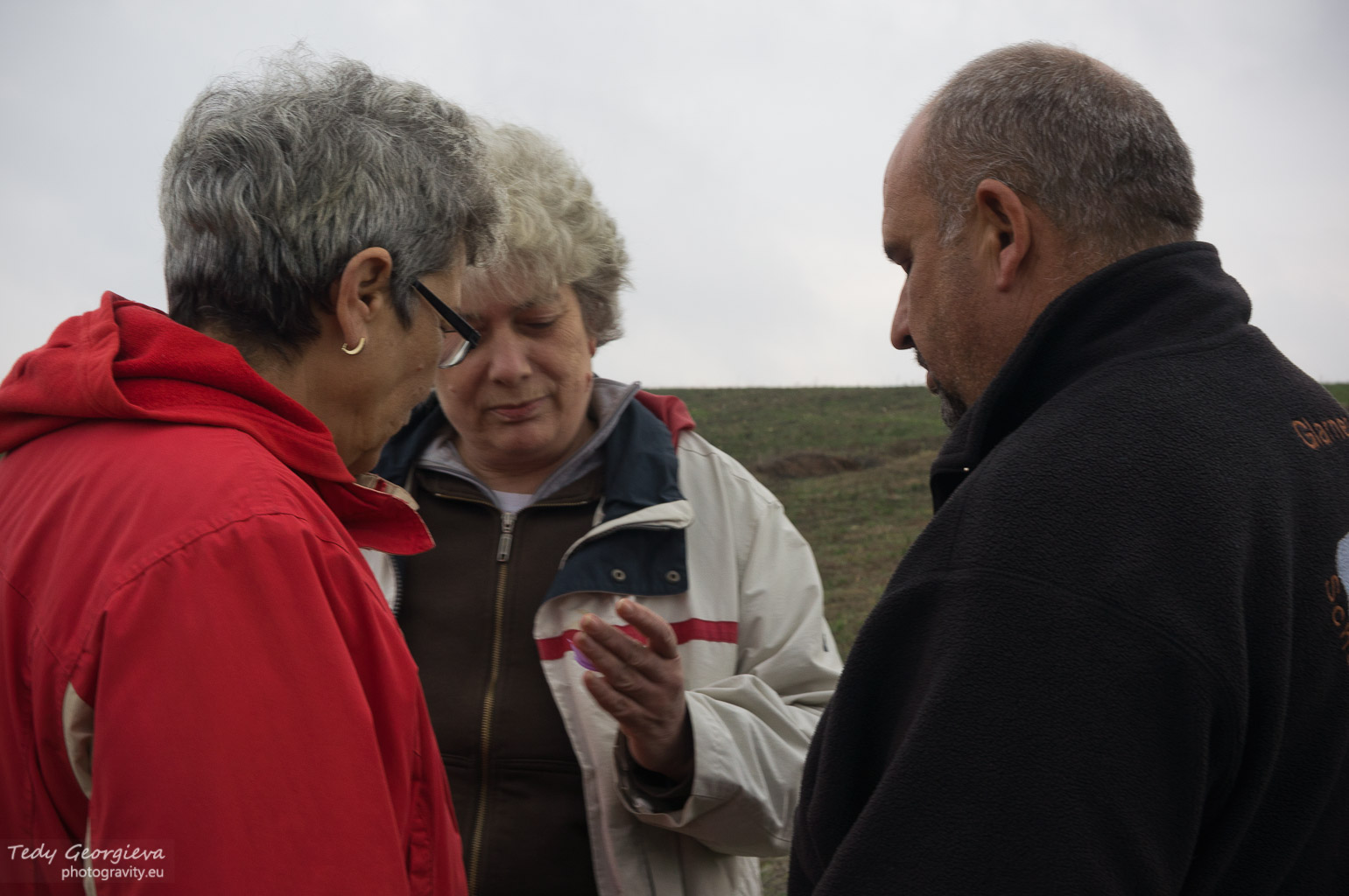 Crocus likes friable, well-drained soil, preferably sloping and sunny. New bulbs are planted in August and the crop is harvested from mid-October to mid-November. Each bulb produces up to three blooms. Blooming is irregular and requires daily attention. Blooms are preferably picked early in the day while they are still closed. All blooms that have opened overnight should be picked to avoid fading. This is only done by hand, which may mean a problem with providing workers for the short period of harvesting. 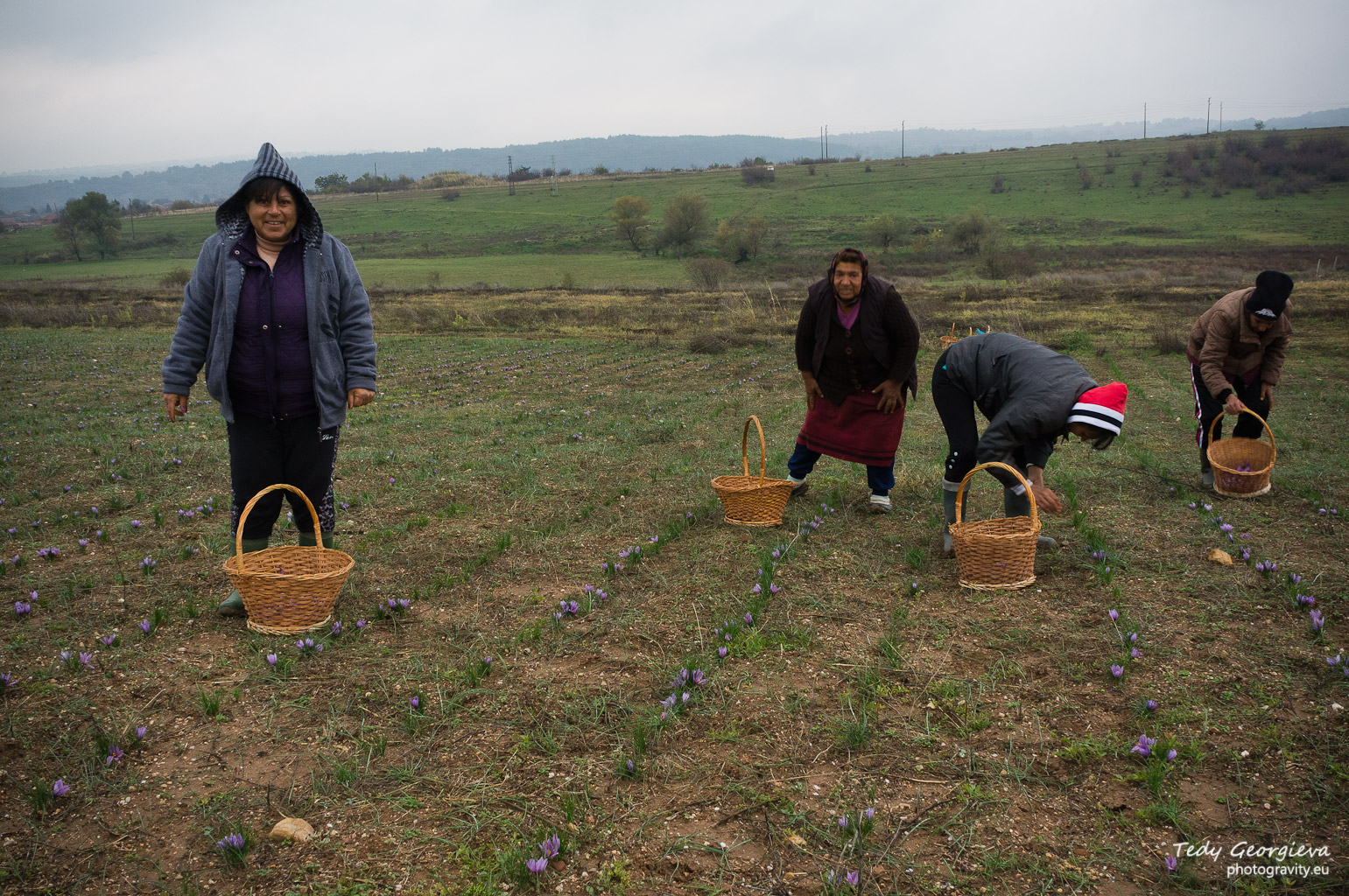 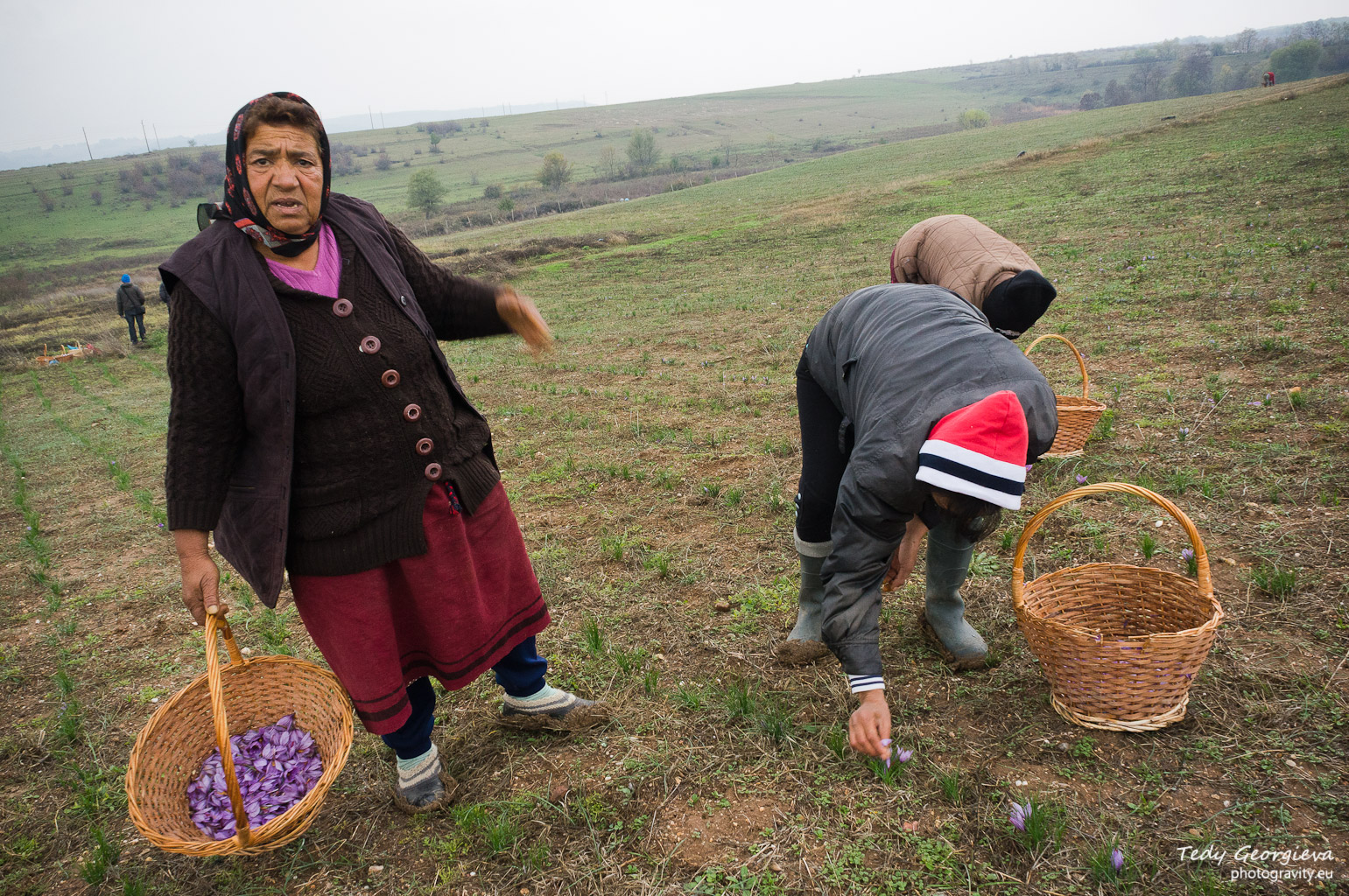 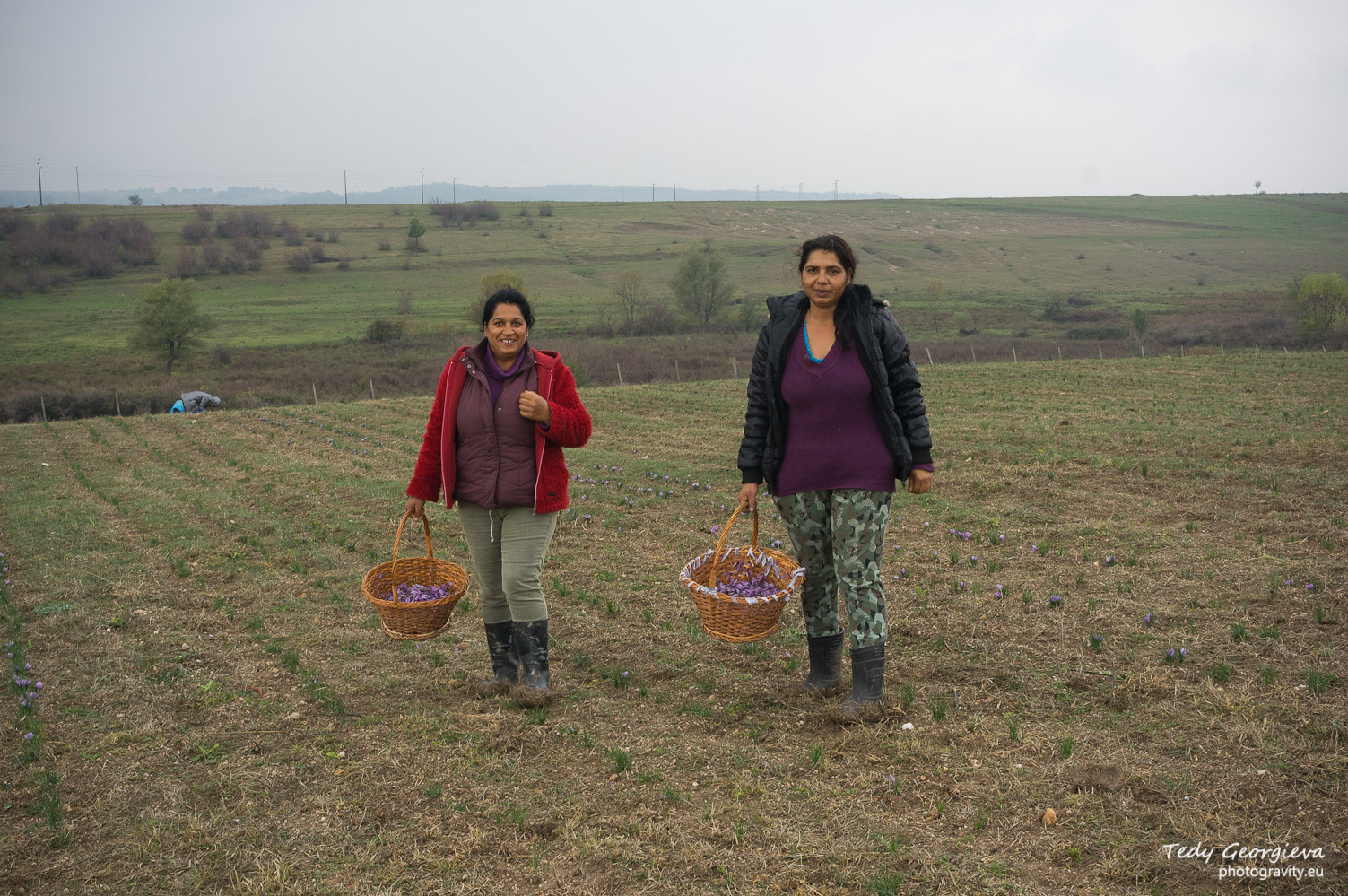 To preserve the high quality of the saffron, the three stigmas and styles called threads should be removed from the flower and dried the very same day. Only the crimson part of the stigmas is valuable, the rest is removed. Dried saffron is vacuum-packed to avoid moisture. 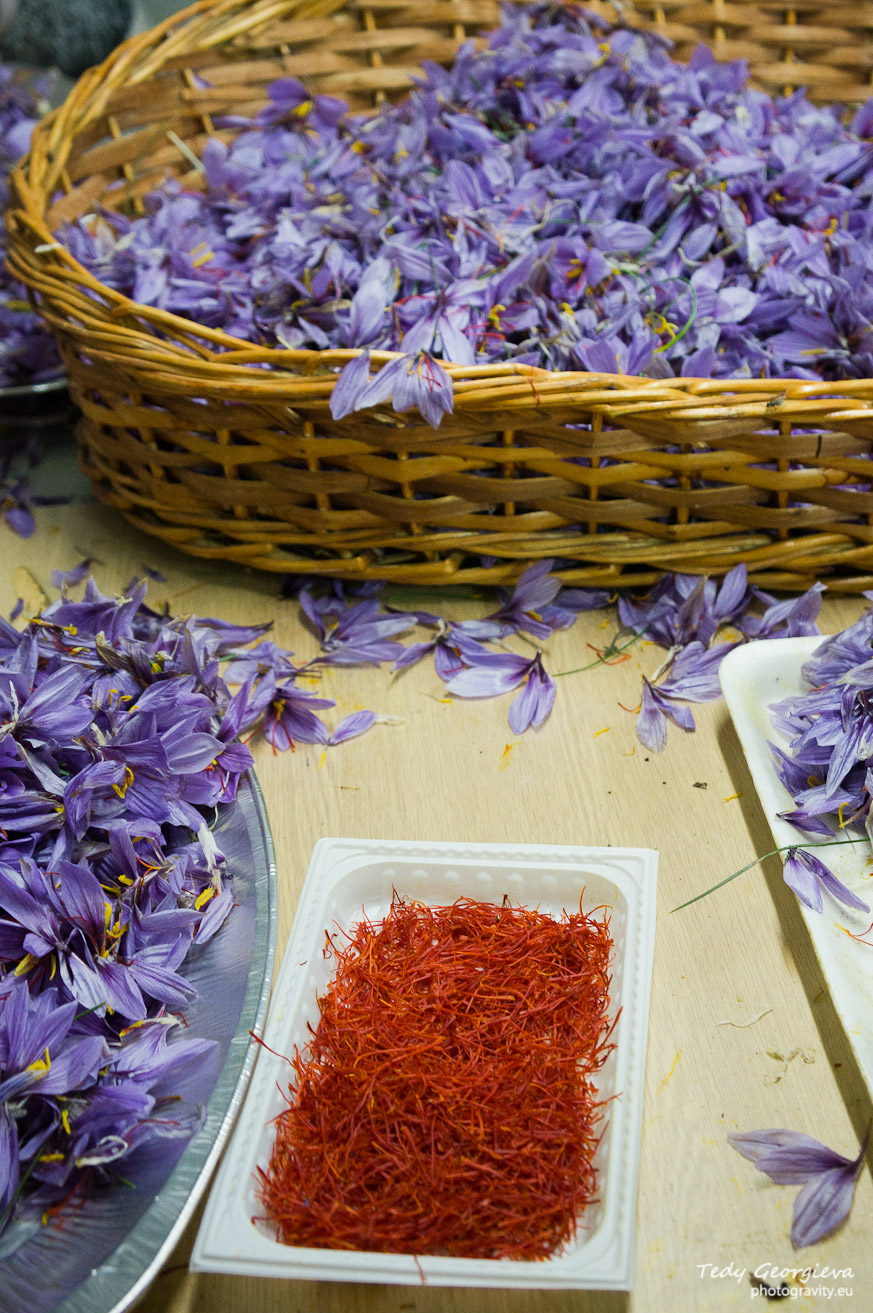 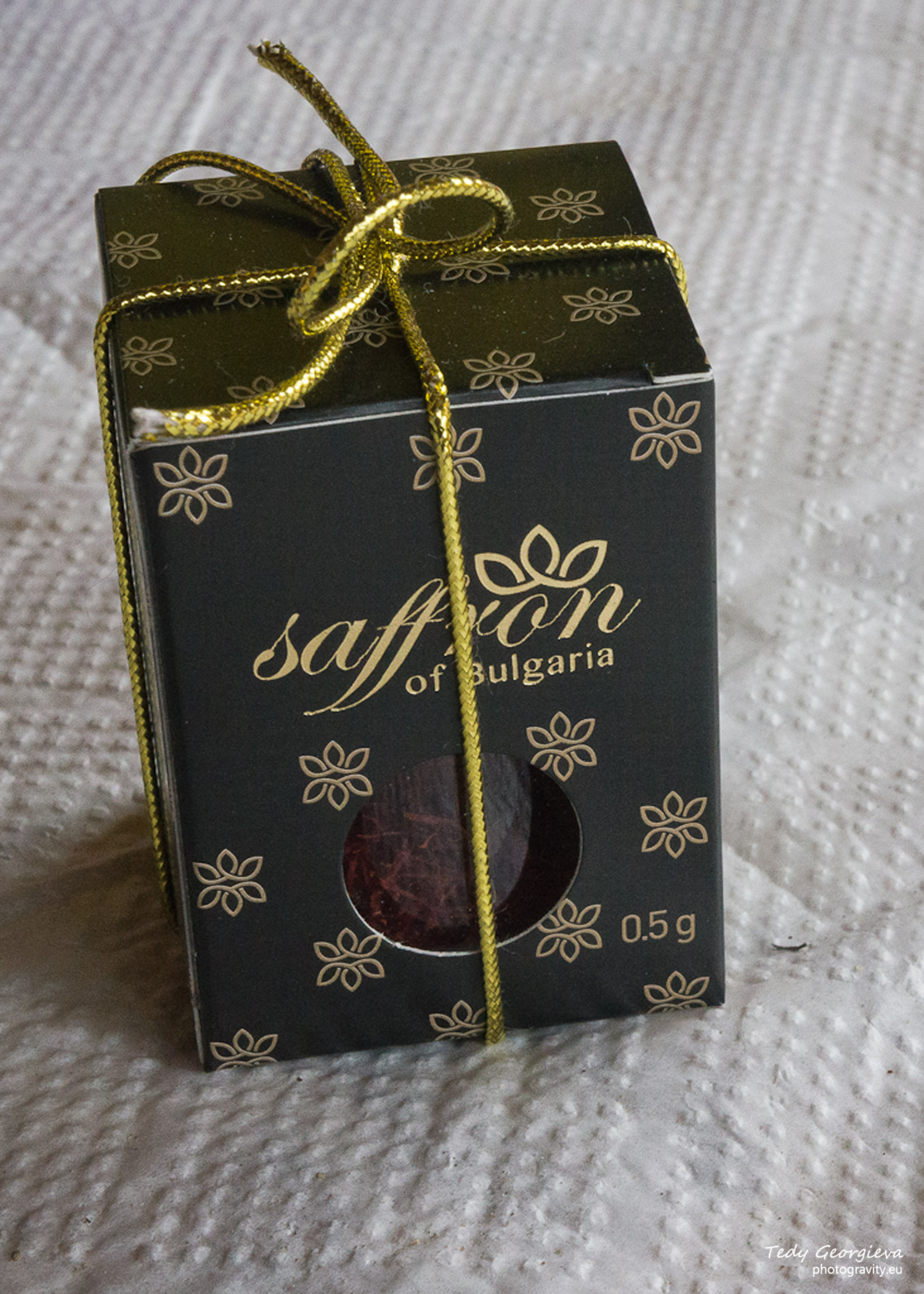 Fresh high-quality saffron is distinguished by long, well dried threads with regular vivid colour and a typical smell of hay. 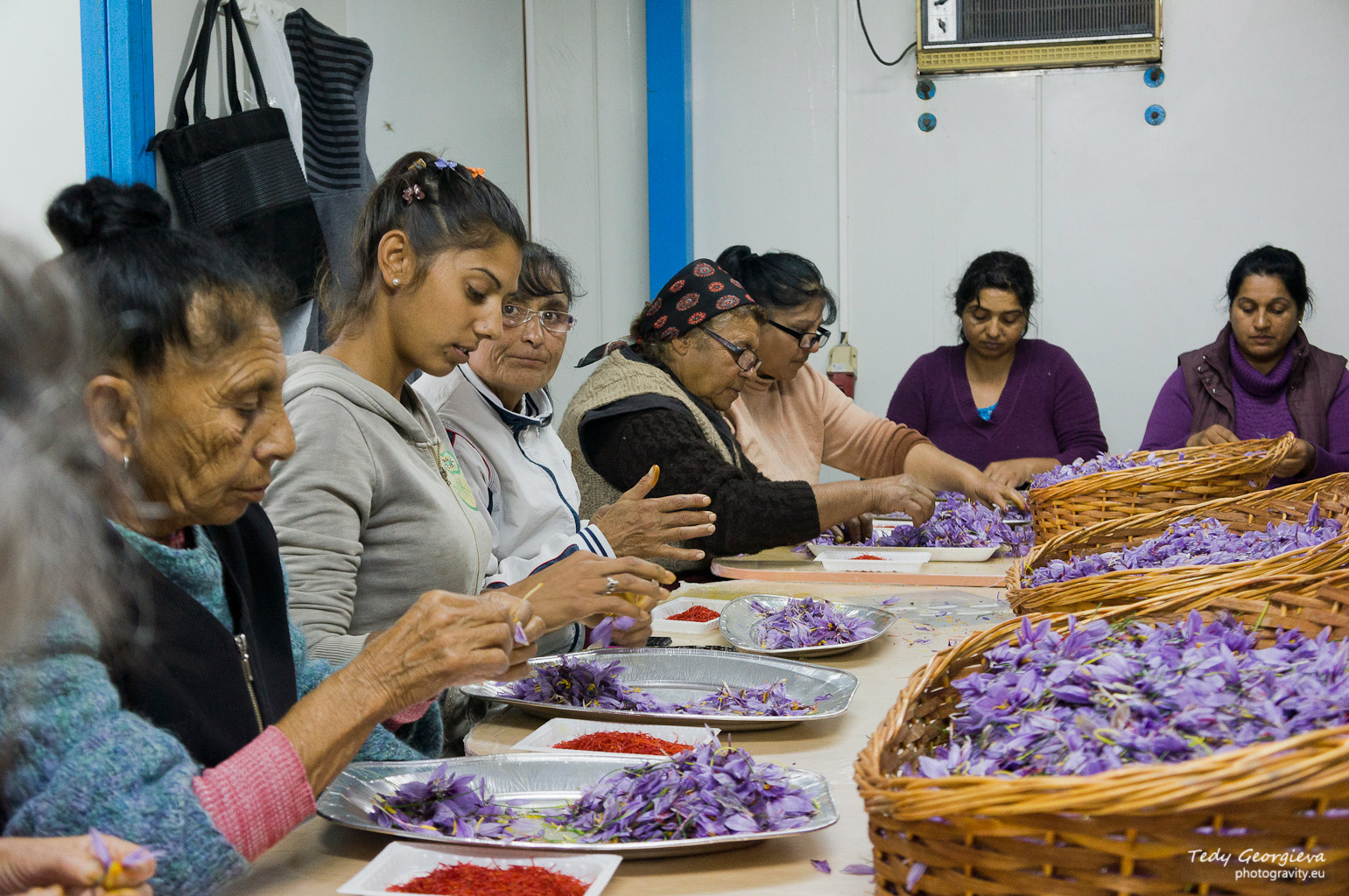 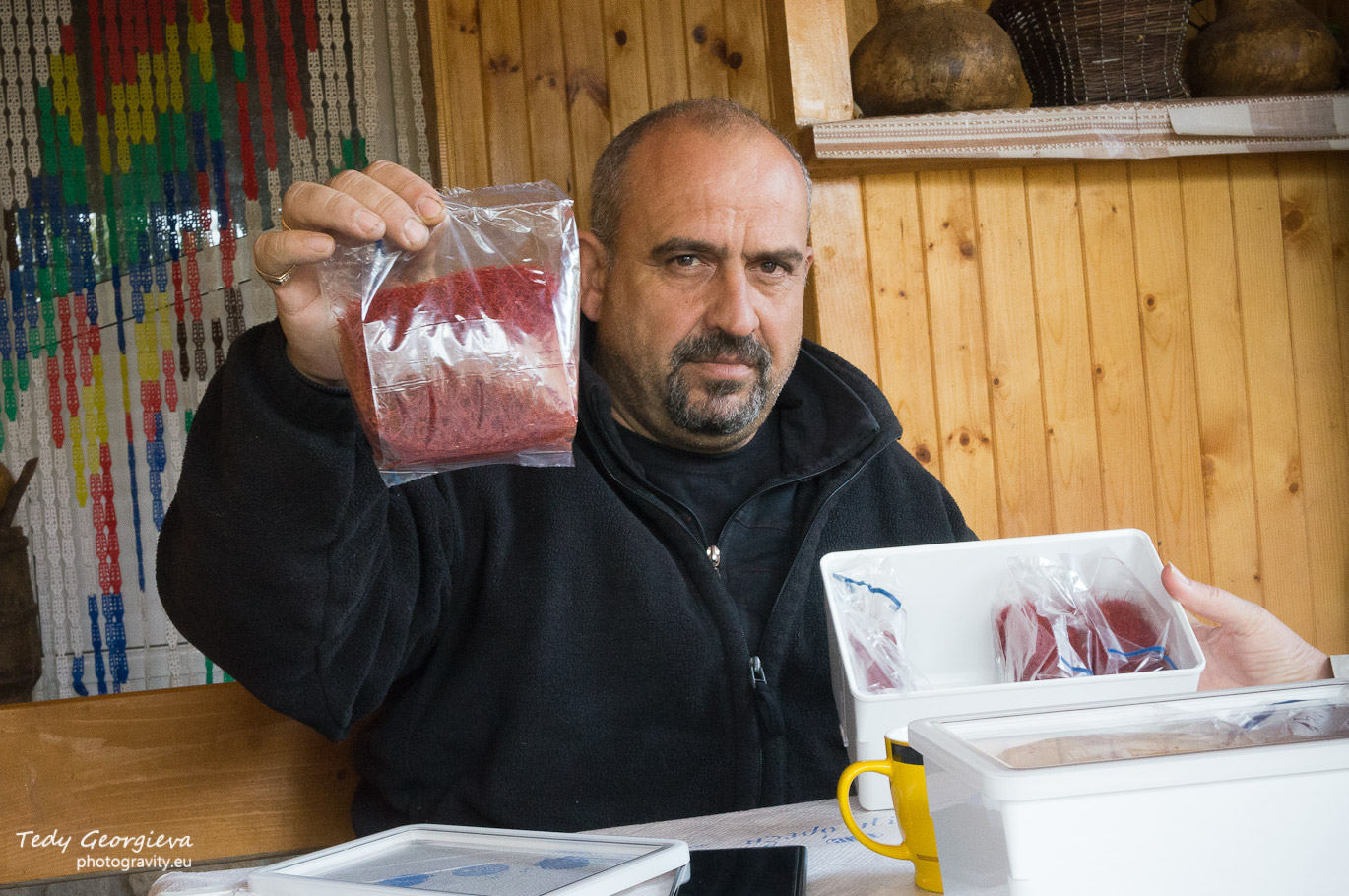 After the saffron stigmas are extracted the bloom can also be distilled and the resulting essential oil can be used in cosmetics and sweets.

Saffron bulbs survive up to minus 20°C temperatures in winter. The leaves may remain green until early summer when they wilt and the bulbs are ready to be replanted. The average survival rate of one bulb is up to seven years, with maximum flowering and formation of corms beginning in the third year. In spite of all mechanical attempts, planting and removal of weeds are also manual to avoid harm of the bulbs and preventive chemical agents are not used. 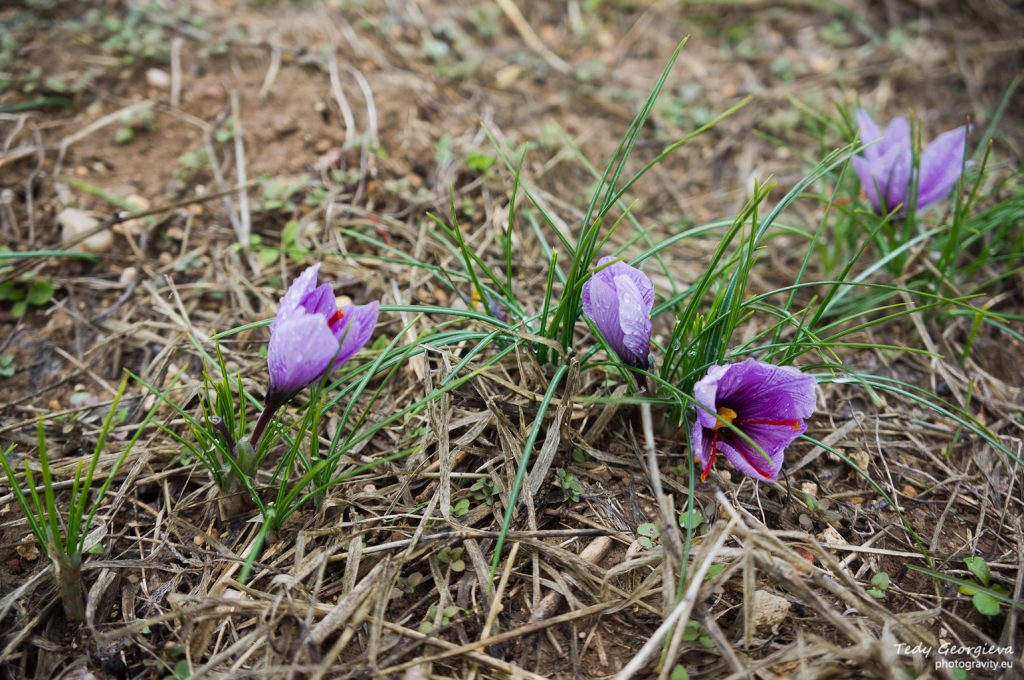 There are two main technologies of saffron cultivation. In Europe, saffron is planted in rows which expand with the years. This provides larger blooms and easier access to them. The result is long threads of intensive colour. 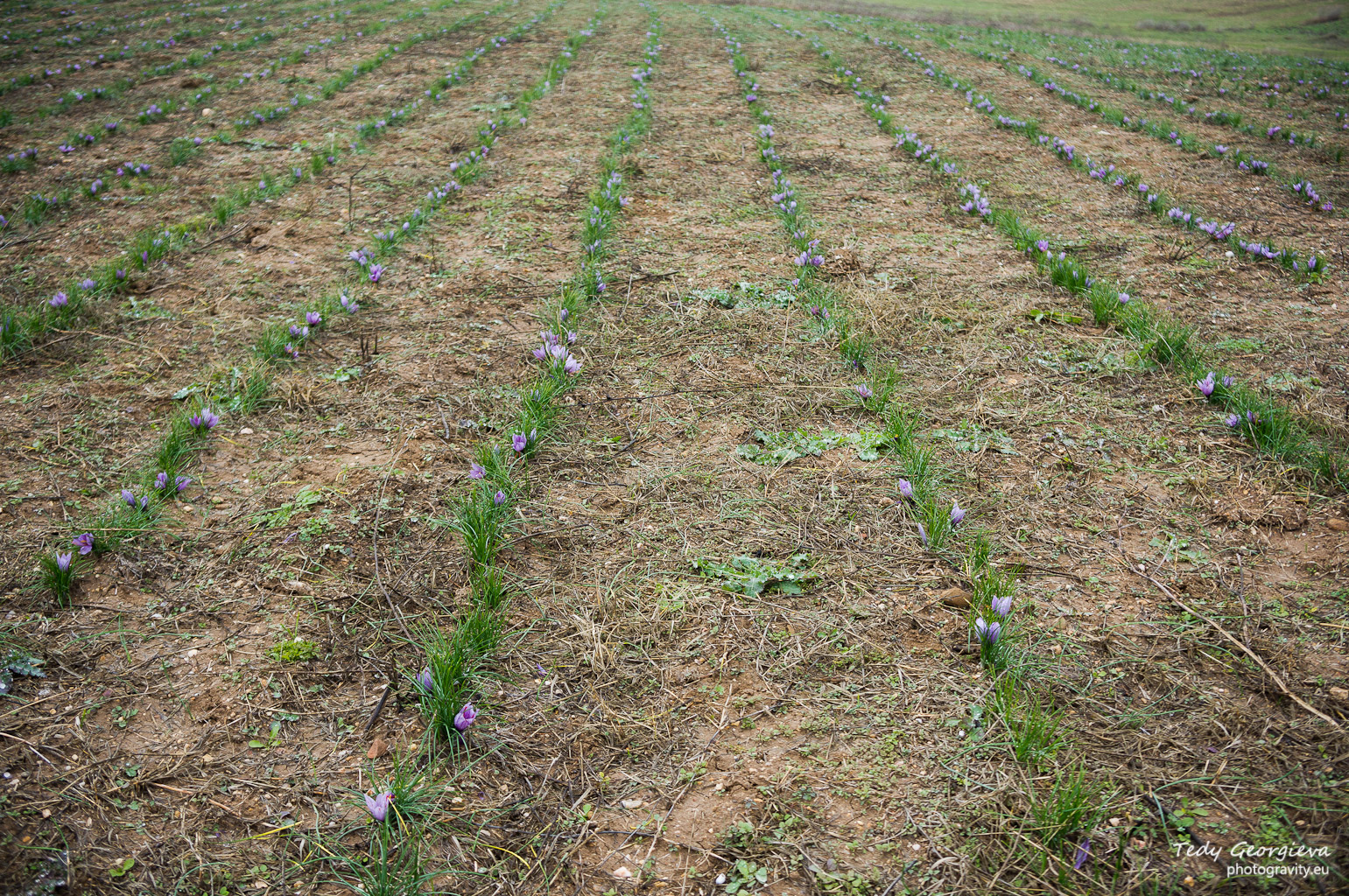 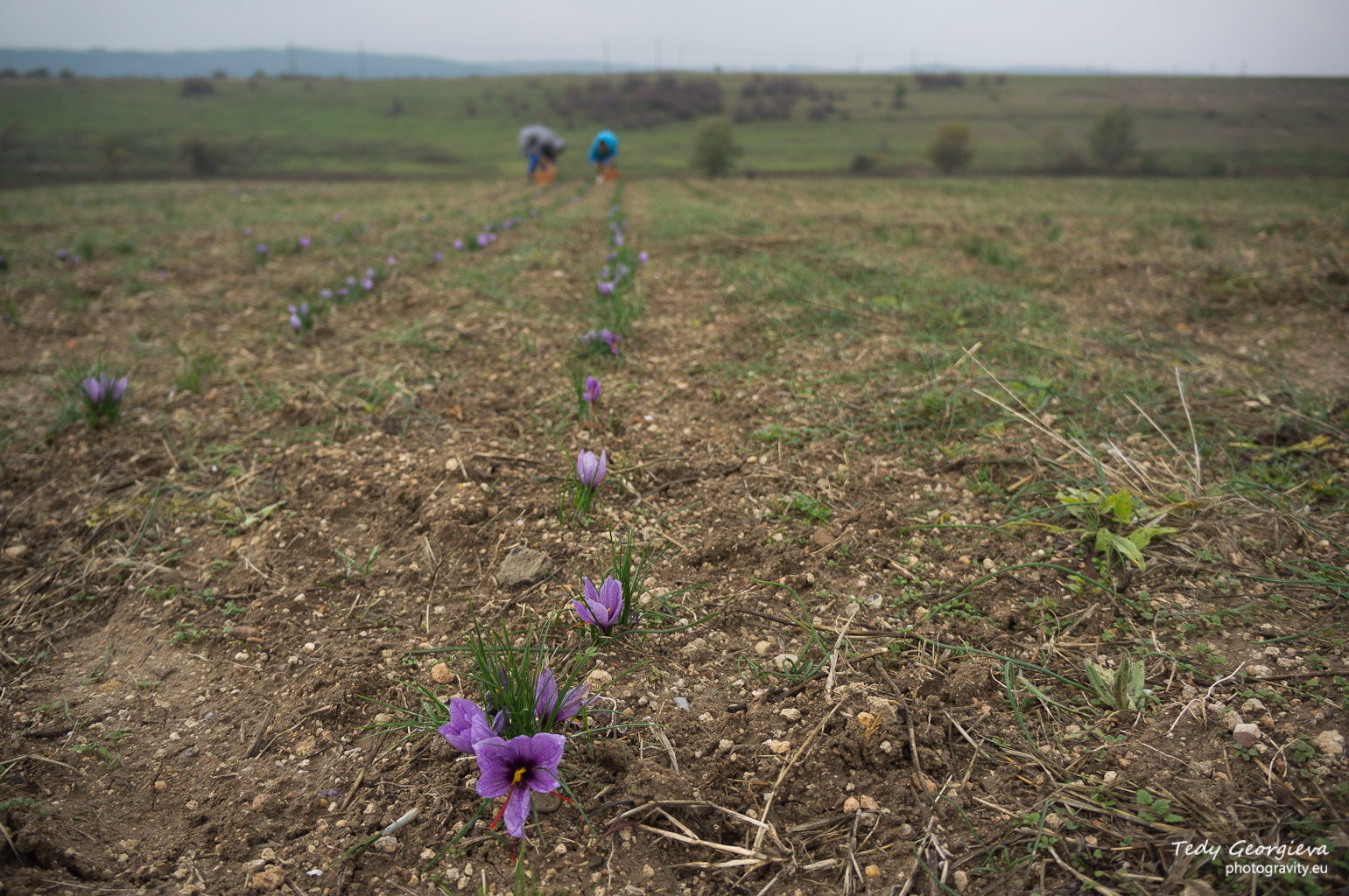 In the Arab world, saffron is grown densely, grows as a meadow and stepping on it at harvest time cannot be avoided. Saffron threads are thicker and shorter.

Saffron is used as a seasoning and colouring agent in food, as well as in medicine. It is traditional for Arab and some Asian countries, but has also become popular in Europe and North America. Spain is the largest exporter in the Old World and the highest demand for the spice is recorded in British and German markets. 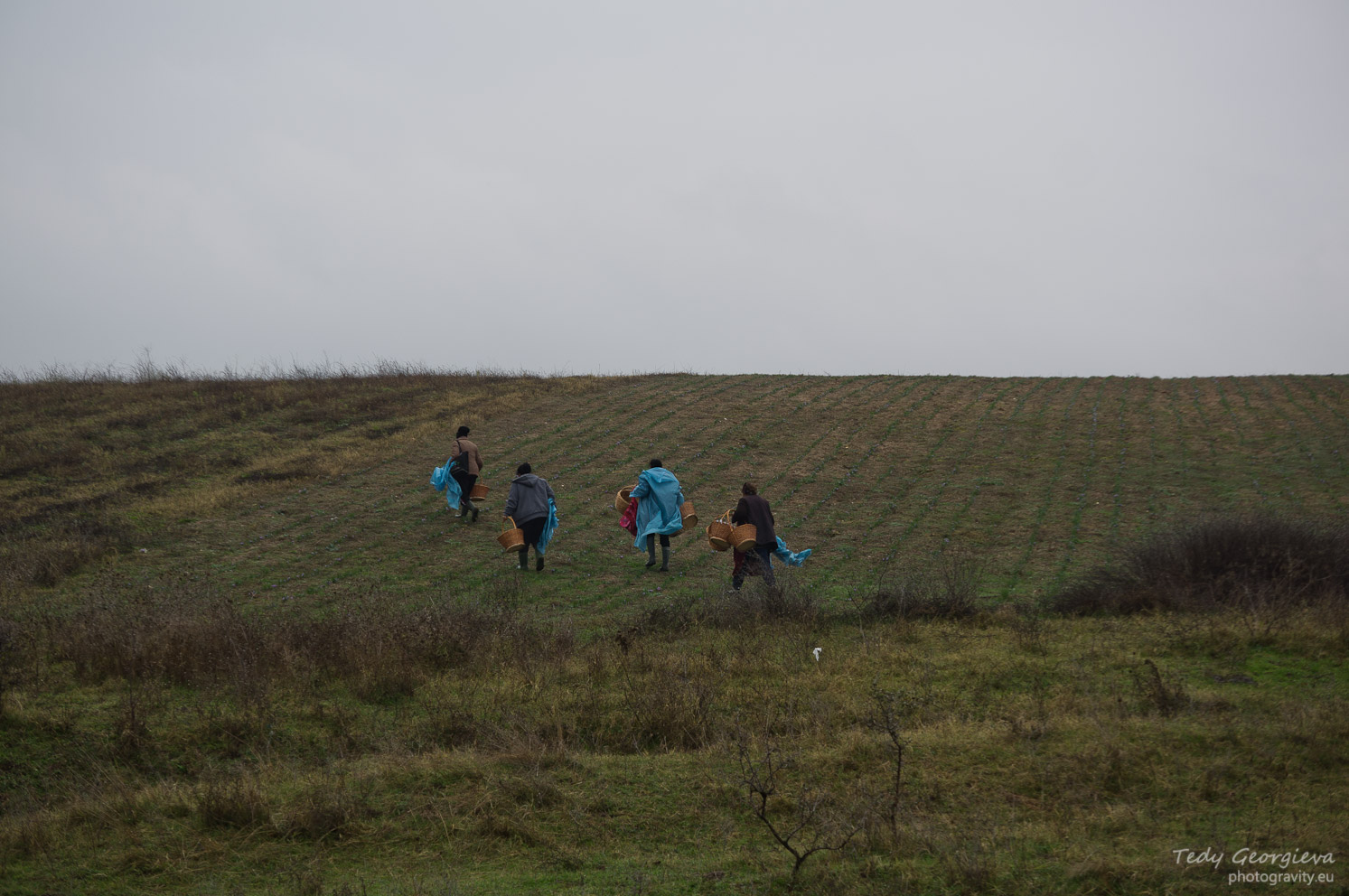 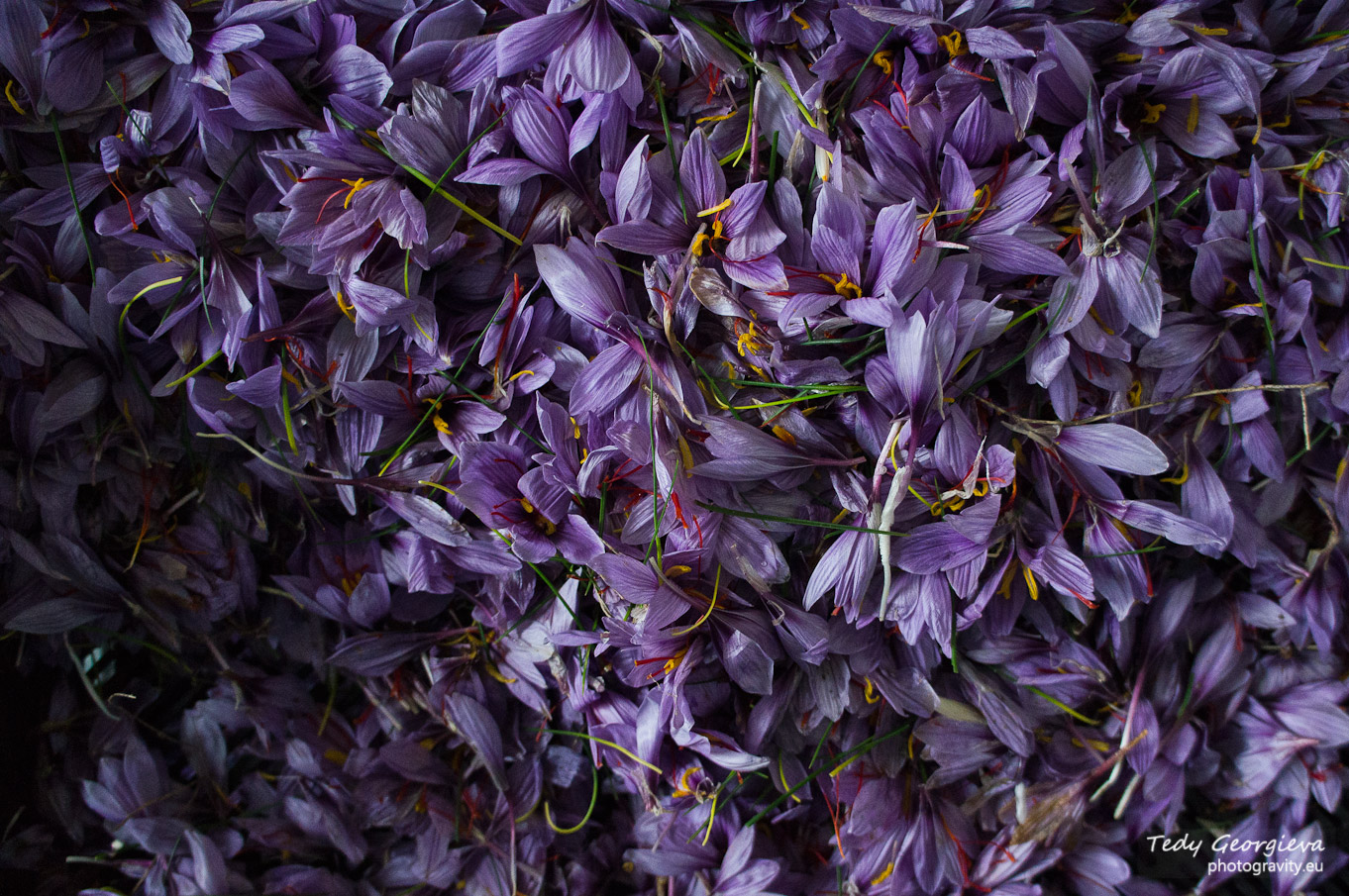 Photography is the story I fail to put into words.