The island and the hotel

Just check the map of the world and you will see that the Canary Islands is an archipelago including seven larger islands and numerous islets in the Atlantic Ocean, about 125 km west and 1,000 east of the African coast and 1,000 km away from the Iberian Peninsula, the location of its mainland, Spain.

Lanzarote itself is the easternmost of the islands, the oldest and fourth-largest (846 m2) in the archipelago, as well as the third most-populous (142,000 in 2011) after one after Tenerife and Gran Canaria. It is located 11 northeast of Fuerteventura (a rocky sandy desert to which, clearly why, lovers of wind sports are attracted) and just 1.0 km to the southeast of La Graciosa, a smaller island with just one settlement but with numerous enticing sandy beaches. 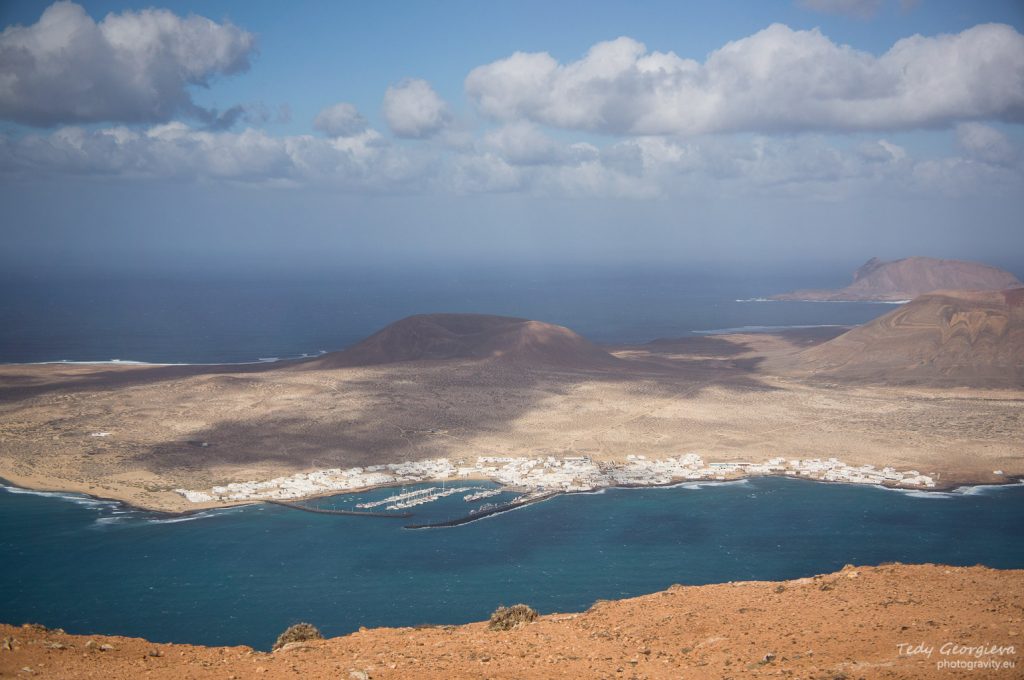 Lanzarote was named after the Italian navigator Lancelotto Malocello who discovered it for the modern world in 1312. The island’s native name literally means (“one that is all ochre”) referring to the island’s predominant colour resulting from the iron on the soil.

Salt industry was the first on the island, the product being used to preserve the fish catch. In the past, the salt was exported to various parts of the world. Nowadays, it is tourism that is most important to the island. The sector attracts workers from different countries, gradually replacing the until recently widespread farming among the locals.

Farming is a traditional occupation. Crops include potatoes, corn, grapes, tobacco and a range of vegetables that thrive on the volcanic soil. However, local production cannot meet the growing needs of the nearly 3 million tourists who visit the island each year which explains why all products are mainly imported.

Accretions of black volcanic sand covering the topsoil to maintain constant temperature and retain moisture longer are a frequent sight around the fields. 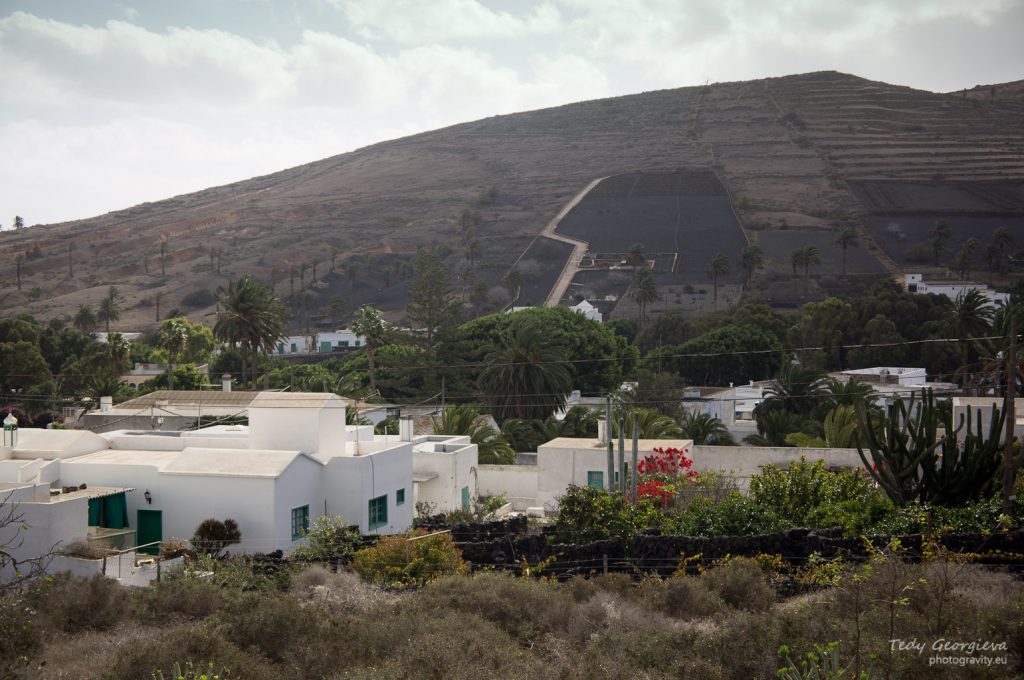 The Euro is the currency used on the island and one could hardly call the standard of living low. Mainly thanks to the efforts of César Manrique (see next part) the island has escaped from mass tourism successfully.

We saw stores of familiar chains like Lidl, Decathlon and IKEA, and locals claim the island is home to the smallest IKEA one in the world (sensation in anything is the word). Maybe the furniture in it is small, too, otherwise how would it fit in such a little store …?!?

Arrecife is the capital of the island, located in the central part of the eastern coast, as is the airport. There are direct flights only to the neighbouring islands and anyone planning to visit Tenerife, for example, will have to pass through them all one by one. 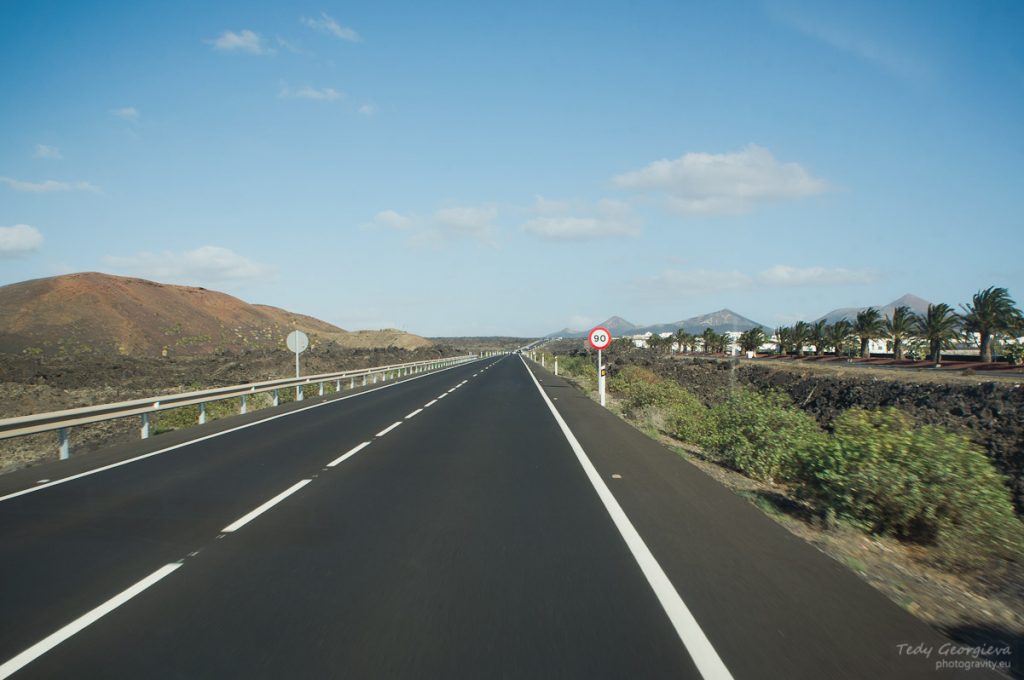 The infrastructure of the island is very good, making me think that we Bulgarians can only dream of such. Here I include both the intercity roads and the small streets in the towns and villages we passed through. In spite of that, speed limits are very strict and are kept.

One of the reasons for this is the fact that Lanzarote is an attractive destination for biking fans. Cyclers are an ever-present sight, not only in urban environments and on intercity roads but also around the volcanoes. The message of the local authorities means something like “Tourism is important to us. Tourists come here to bike, which means you will mind this and will drive more slowly so that riders are comfortable and safe”.

The architecture in Lanzarote goes with the climate of strong winds and lack of precipitation. The houses are built under an angle to the north and the east, and wealthier owners add a third wall, or a forth one at best, leaving an open space inside. This is used to collect water and store food and provisions. All rooms in the house open towards the courtyard. There are no doors or windows to the north and south to protect the house from the strong winds. 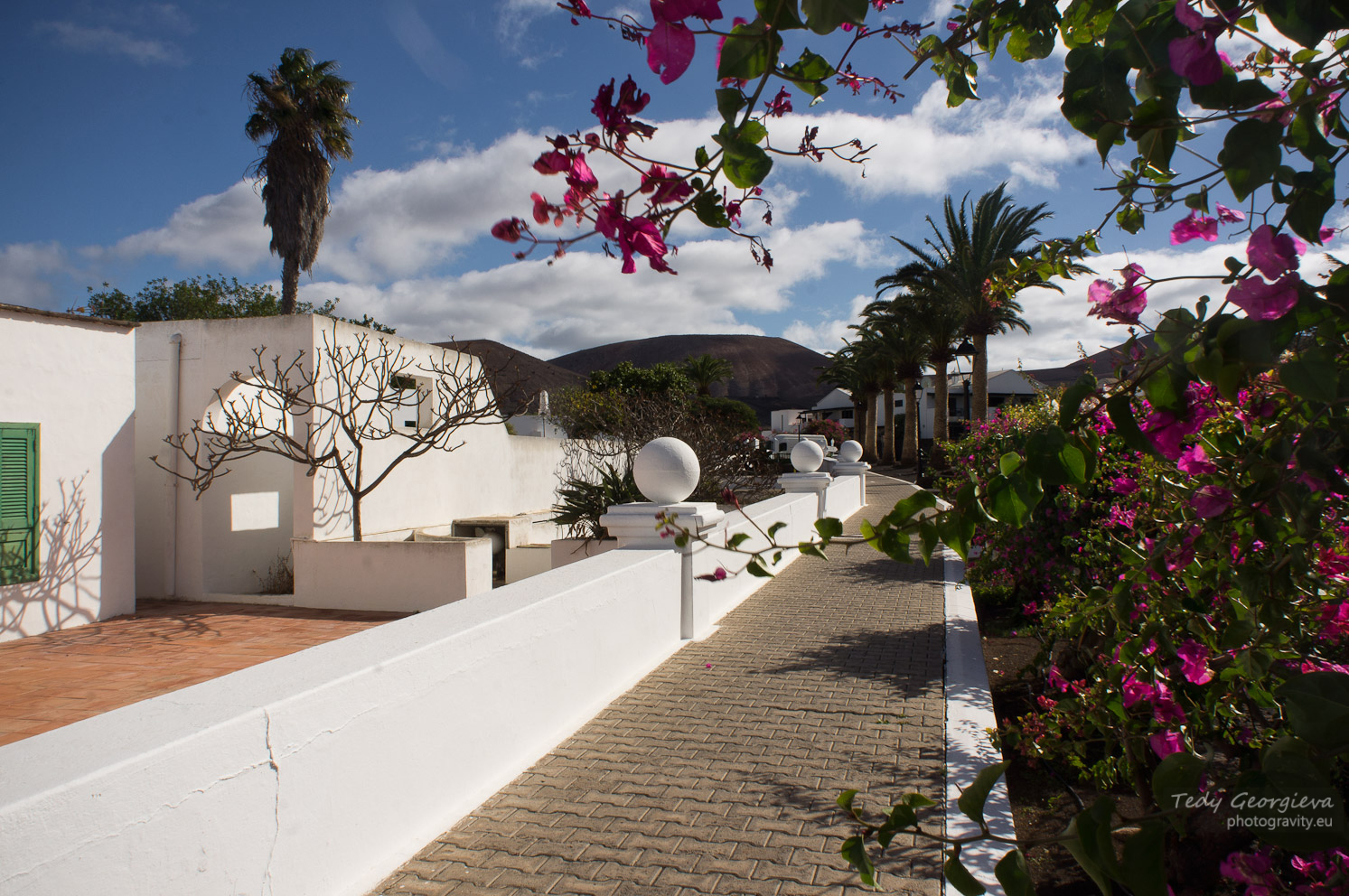 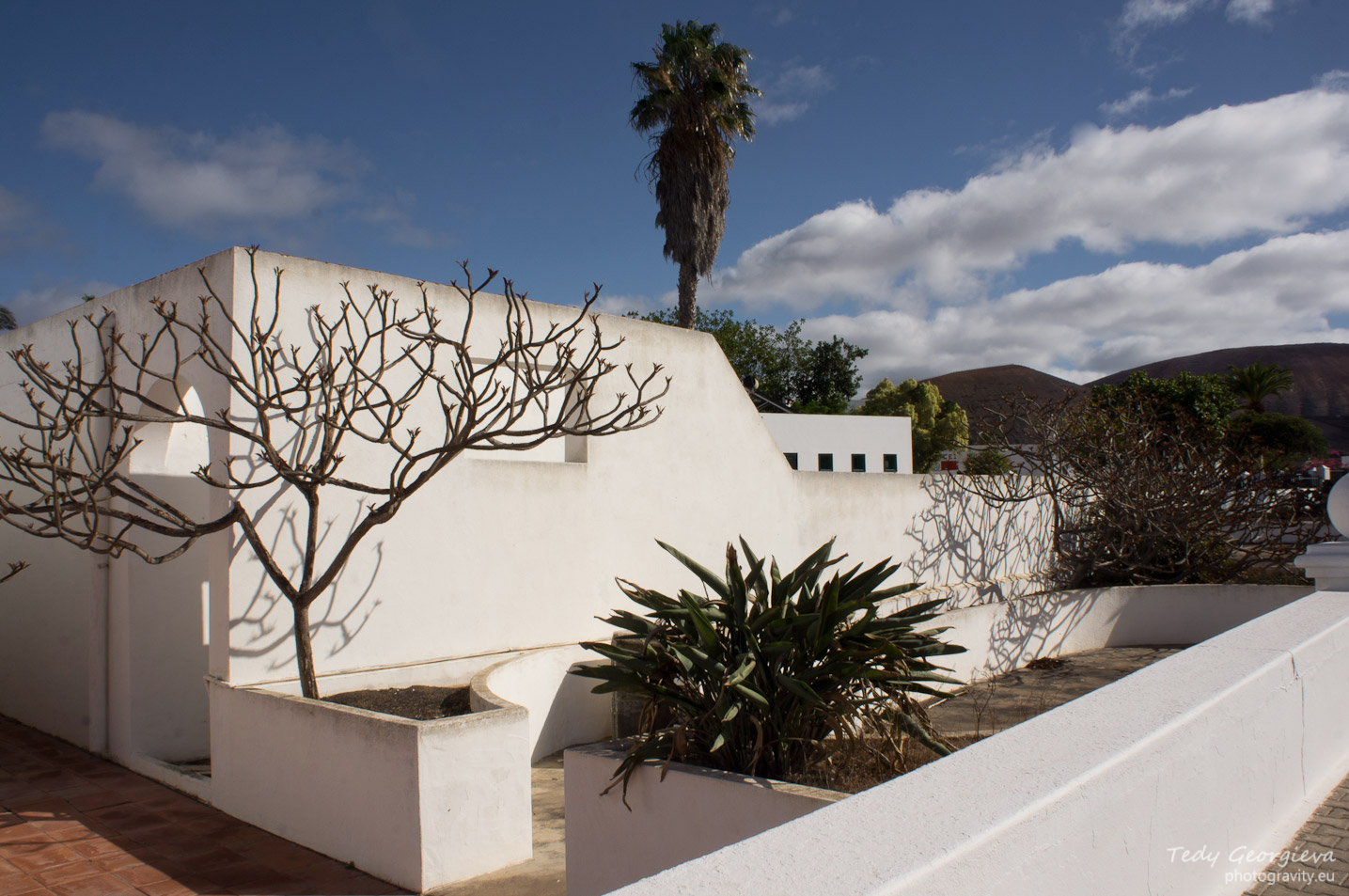 Unlike the southern part of the island, the old capital, Teguise, features rather more different houses, with larger doors and windows, mainly due to the fact that the town lies in the “Valley of thousand palms” and, consequently, there is more wood. 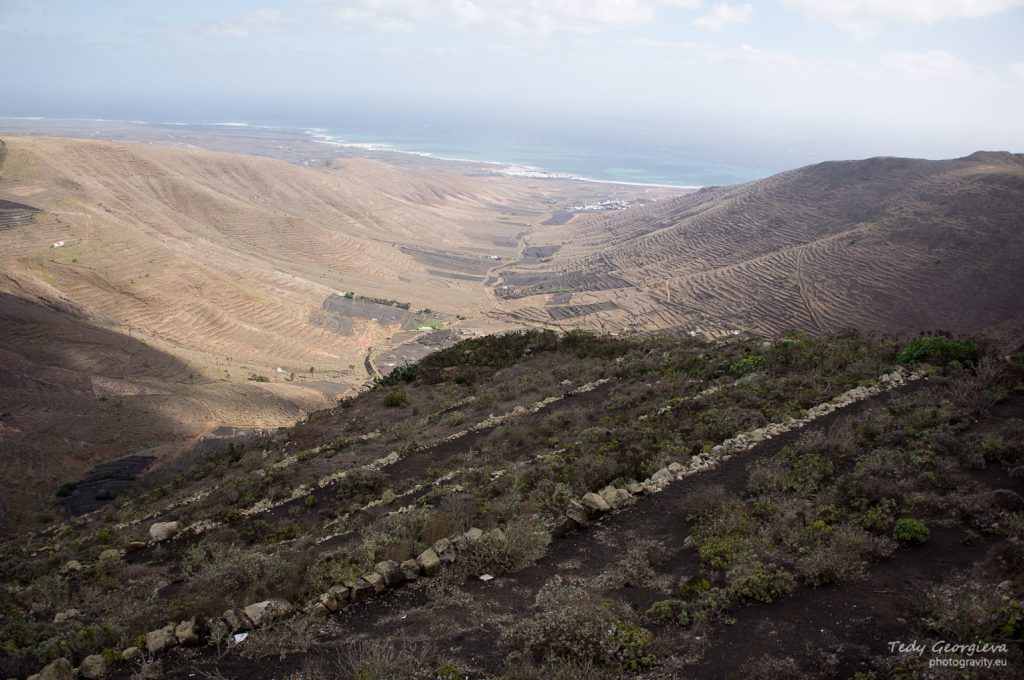 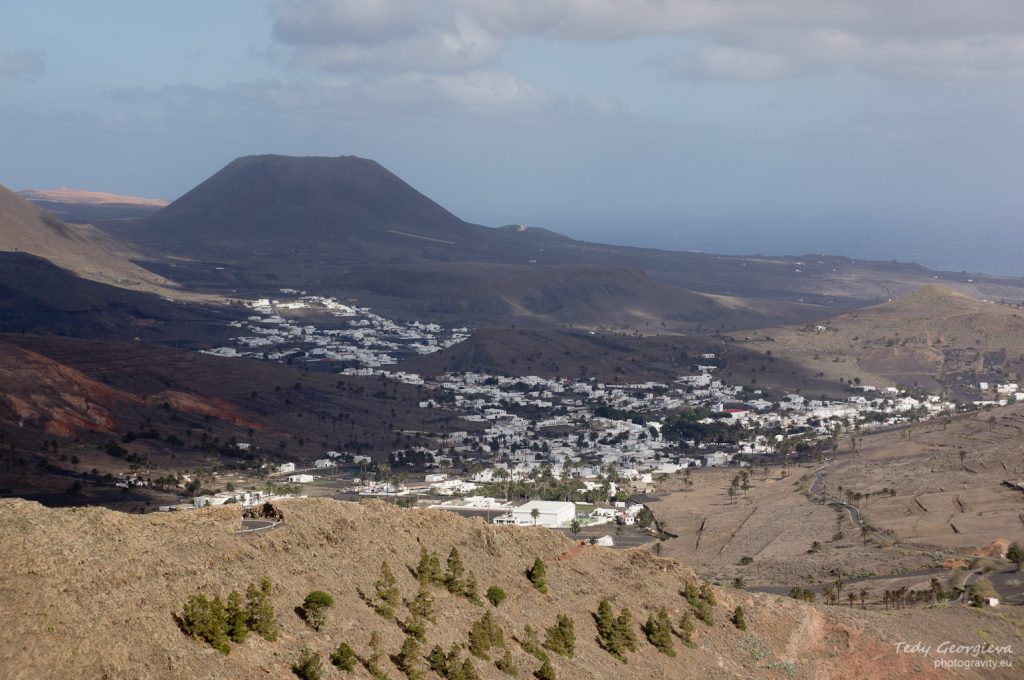 It was interesting to learn that renewable energy sources are not particularly popular, in spite of the constant wind and sun. For example, the wind generators on the island cover a mere 6% of electricity consumption. Solar panels are also a rare feature of the landscape. The old windmills are a more frequent sight, nowadays mainly serving as a tourist attraction. 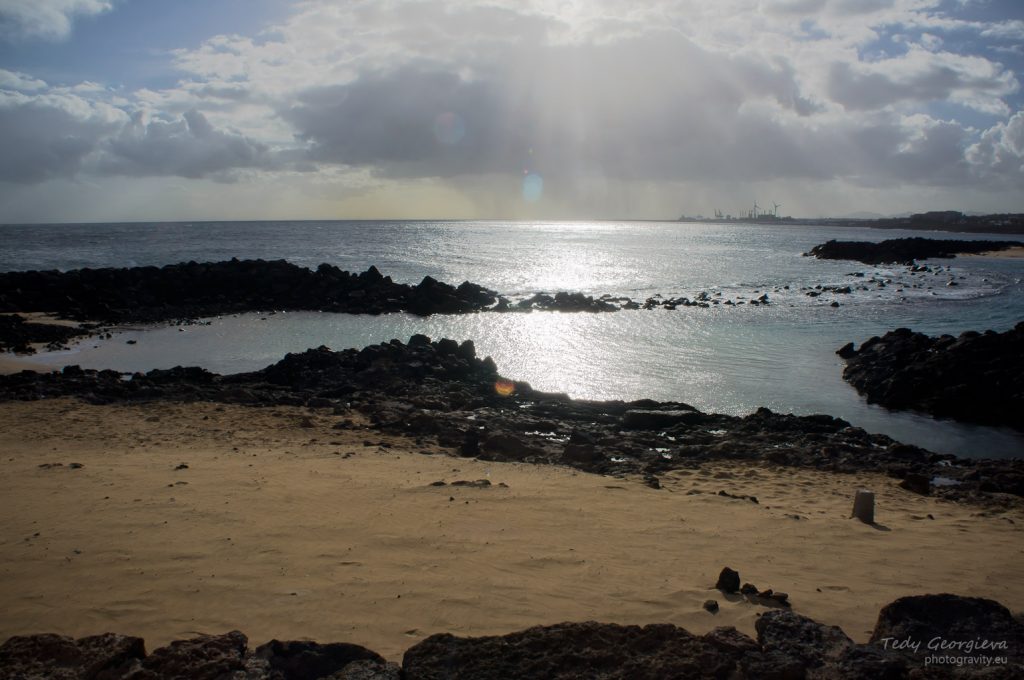 Now just a few words about the hotel. We checked in at the four-star Hotel Grand Teguise Playa, about 20 km north of the capital in the resort town of Costa Teguise. It is one of the best hotels on the island mainly filled with tourists from Britain and Germany, although we also saw families from France, Estonia and Russia. As it turned out during our stay, the guests are divided into several all-inclusive categories and those with a higher category are given rooms on the upper floors.

The hotel has six floors, with an enormous atrium resembling a botanic garden.

In line with architectural tradition, the hotel is n-shaped to stop the wind, with two large pools within the protecting walls and facing the Atlantic Ocean. Visitors can also choose to use the beach in front of the hotel at a little lagoon surrounded with volcanic rocks for additional comfort. It is clean, with fine gold to black sand. A lane used actively for walks, jogging and biking hugs the beach of the entire resort. 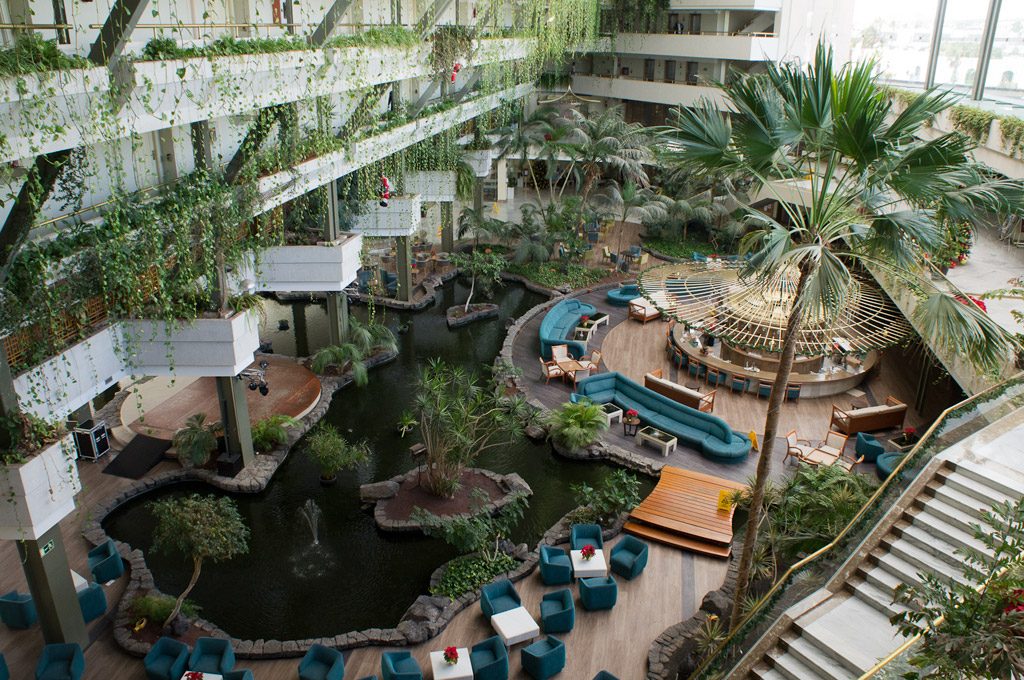 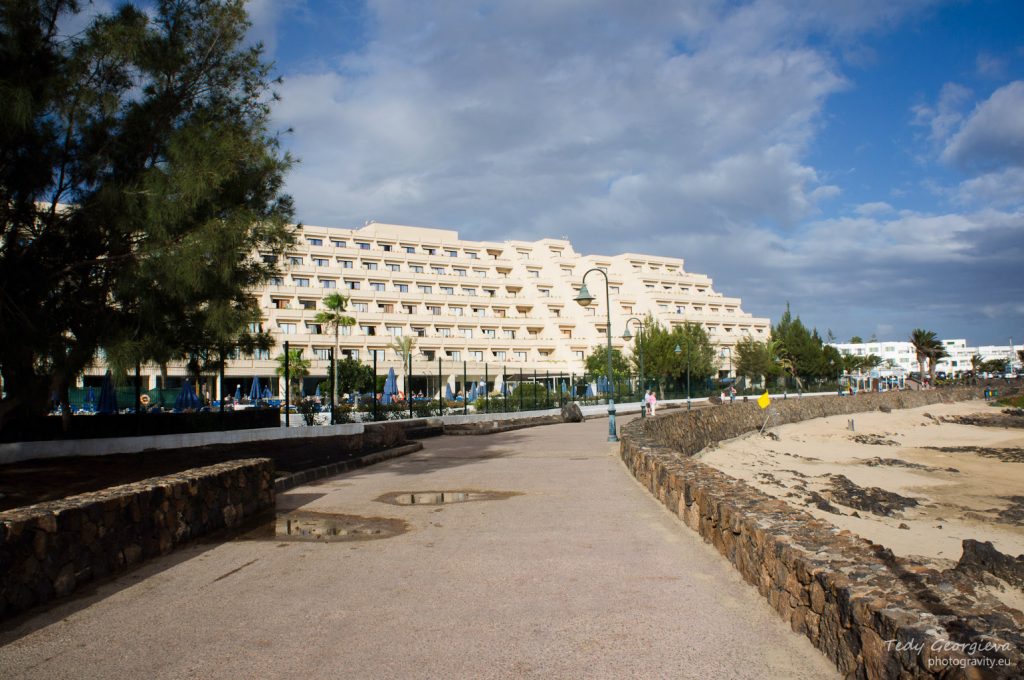 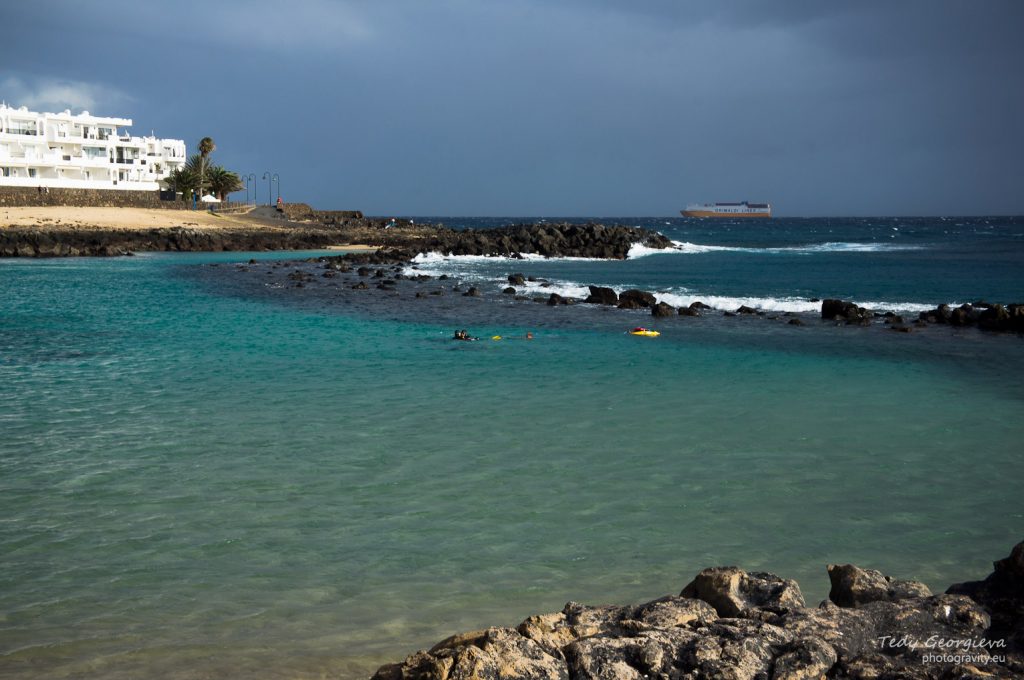 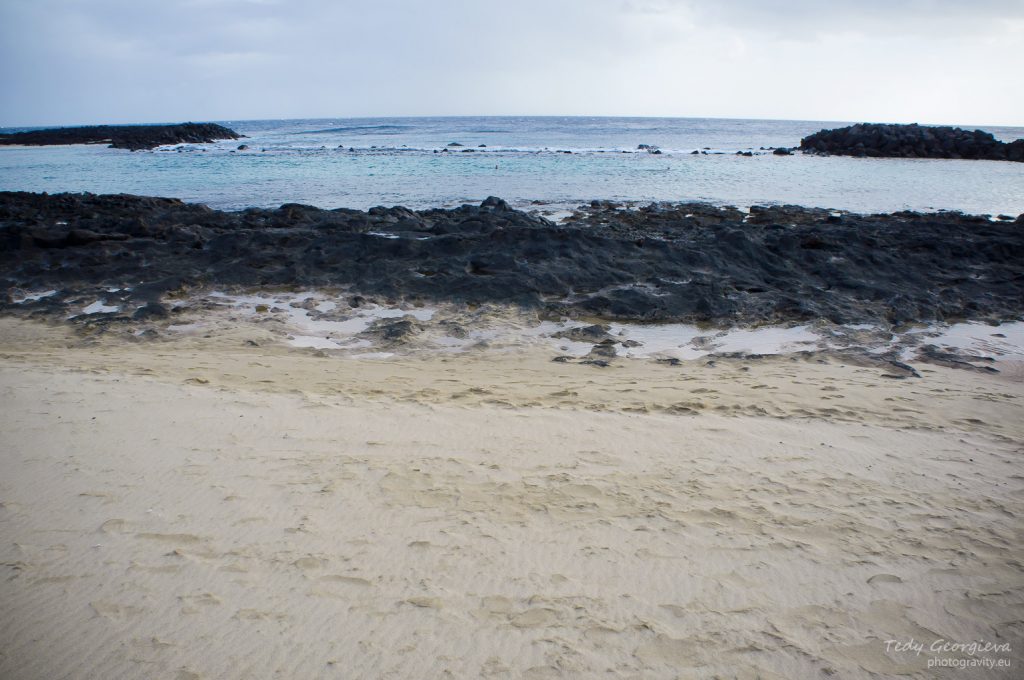 On Thursdays, there is a market where locals sell their produce and traditional hand-made souvenirs between the unusual to Bulgarians hours of 6:00 and 10:00 pm. Admittedly, even here, just a spec in the ocean, Chinese dominate the trade. We were quite doubtful whether the offered products (including those made of volcanic rock and olivine and the jewelry made with them) were actually produced locally or were replaced by replicas made in China.

We traveled with Jet2holidays. Besides the plane tickets, the tourist packages they offered included hotel accommodation, a bus from the airport to the hotel and back, as well as a series of tours and excursions across the island. They were really good and I can recommend them quite frankly.

All the beauties presented in the itineraries of the island, including the hotel, can be seen as a background of a romantic story called "Summer at Lanzarote".

You don’t make a photograph just with a camera. You bring to the act of photography all the pictures you have seen, the books you have read, the music you have heard, the people you have loved.